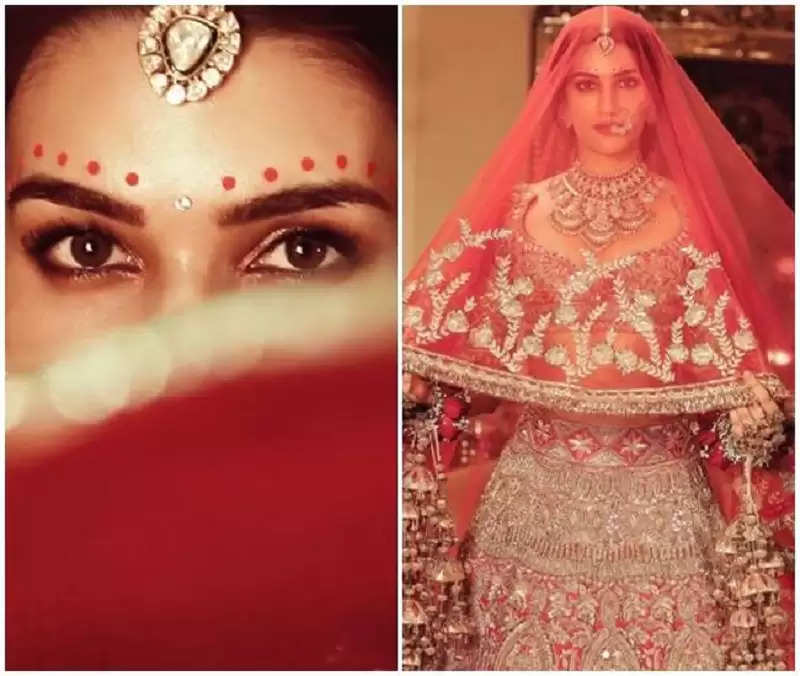 Bollywood actress Kriti Sanon is getting a lot of praise these days for her film 'Mimi'. Kriti Sanon played the role of a surrogate mother in the film. The actress has been in a lot of discussions since this film. Now recently, seeing Kriti Sanon in a bride's dress, her fans are holding her heart. Kriti has got her photoshoot done for Manish Malhotra's latest couture collection 'Nooraniat'. Those pictures are now becoming increasingly viral on social media.

Kriti Sanon is very active on social media. She often shares many of her pictures with fans. Now recently, Kriti Sanon has shared some of her pictures in the bride's dress. The beauty of Kriti is being seen in these pictures. This shoot has been done by Kriti Sanon for 'Nooraniat' from Manish Malhotra's latest couture collection. In which the actress is looking very beautiful.

Kriti, wearing a red pair, heavy jewelry, a long veil, kalire in her hands, is winning the hearts of people with her look. At the same time, this collection of Manish Malhotra is also very much liked by the people. The lehenga that Kriti is wearing is a heavy red-colored designer lehenga. In which Zardji's Gui is from the golden wire. Its blouse has also been kept heavy of seven of the lehenga. While giving heaviness to the lehenga, its chunari has been kept light. The red-colored chunari is made like a trail. Which has only a slight work in the border and a gotta-Patti lace is attached on the edge.