Mumbai: An anecdote is often heard in the entertainment world that how an employee working in the creative team of a big channel had asked a serial producer for the bio-data of litterateur Premchand saying that who are these writers, first and foremost their names. did not hear! The association of literature and cinema never lasted long in Hindi cinema. Even a militant writer like Premchand did not like this industry. It is a different matter that the cinema became very good on the stories, novels written by him. In 1977, director Satyajit Ray's film 'Shatranj Ke Khiladi' was released based on the story written by Premchand. In 1977, the first Friday of October was named after Premchand. And, it is necessary to tell this story also because when Satyajit Ray tried to set foot in Hindi cinema after coming out of Bhadralok of Bengal and seeing his name ringing all over the world, the story was searched like that of his Bhadralok but Ho Gopalkas (cattle class) Ke Desh ki. Premchand has written this story in a historical period and settled in his fantasy world. 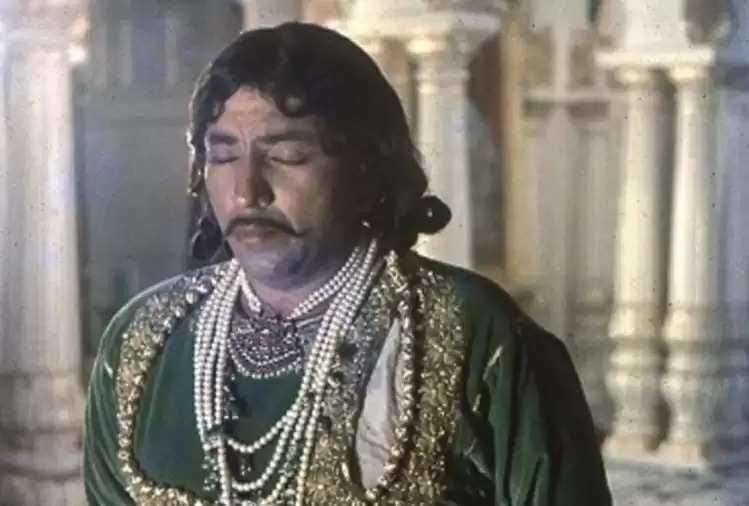 Satyajit's own trick
The story of the film 'Shatranj Ke Khiladi' is based on Premchand's story 'Shatranj Ke Khiladi', it is not the same story. In this Satyajit Ray has taken cinematic liberties from his side as well. Some characters are added differently. The paths of some stories have been twisted of their own free will.

The story is about a year before the first mutiny in the country against the British i.e. the war of 1857. Awadh is now ruled by Nawab Wajid Ali Shah. His two amirs (ministers) are indifferent to the world. Both are chess players. Chess is an addiction for them. They are neither concerned about themselves, nor their country, nor are they worried about what is happening in their Janakhana? The British resident has climbed to the chest. He is anxious to include the Nawab's love of art as his luxury and join his royal company. But, the time is standing on the bet of both the rich of the Nawab...! 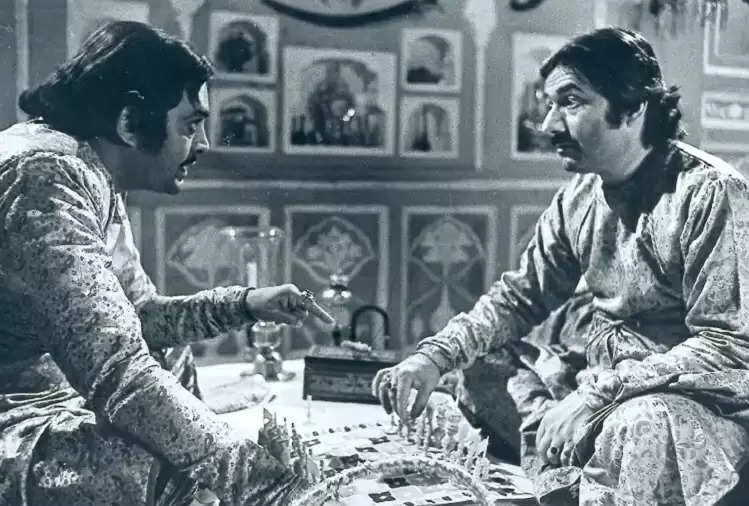 Shabana said, I also accept to stand with a broom
The film 'Shatranj Ke Khiladi' is the best film of its time. The film was stalled several times due to Sanjeev Kumar suffering a heart attack and Amjad Khan getting injured in a road accident but the fun that any artist has done till oops. Such was the magic of working with Satyajit Ray. And, Satyajit Ray? He knew to respect those who worked with him. Even the smallest artist used to get the same respect from him as the biggest superstar of the film. That's why every artist was always ready to work with him. When Suresh Jindal, producer of the film told Shabana Azmi that your role is not very big in the film. So his words were, 'If I have to stand even with a broom in Satyajit Ray's film, then it is accepted.

If there is research like Satyajit Ray
Suresh Jindal, producer of the film "Shatranj Ke Khiladi" has written a book on the experiences of working with Satyajit Ray, "My Adventures with Satyajit Ray - The Making of Chess Ke Khiladi". In this book, Suresh has explained in detail the process of making this entire film. This was Satyajit Ray's first Hindi film, but he did not adopt any different strategy for this. His idea remained the same. Months of research before the film starts. Months before the start of the shooting, his desk had started piling on the queues. Books were coming from the National Library. The company was coming up with replicas of school paintings. The travelogues were being checked. All kinds of information that could be found in 1856, Satyajit Ray was gathering. Even how was the food of the people of that time. What was it like to sit up, what songs did they listen to. Everything was already collected by Satyajit Ray. And in search of all this, the producer and director scoured the Thakur Baris of North Calcutta (now Kolkata) to the streets of Lucknow. He went from Falaknuma Palace in Hyderabad to City Palace Museum in Jaipur. Suresh Jindal has also discussed the lengthy meeting of him and Satyajit Ray at Amrit Lal Nagar's house in Lucknow in detail in his book. The result of this research was the offer of the film in the voice of Birju Maharaj himself, "Kanha main toses Hari..."

No consensus on the name of Amjad Khan
Satyajit Ray was never a stubborn film director. He had the knowledge of his art and also the respect of others. A year after the release of 'Sholay', that is, by the summer of 76, the script of the film 'Shatranj Ke Khiladi' was completed. When the casting work started, the first name that came to Satyajit Ray's mind was that of Saeed Jaffrey. Ray did not even discuss any other name in the character of Mir Roshan Ali. Suresh Jindal writes at one place in his book, "In the casting of the film, both of us had taken equal responsibility, but as it happened in his other films, it was his final decision here too." Even the producer and director were of the same opinion. During the selection of the cast of the film, if there was a difference of opinion between the producer and director of the film 'Shatranj Ke Khiladi' regarding one big artist, it was Amjad Khan. Where is the getup of Gabbar Singh of 'Sholay' and where is the Nawab of Lucknow, Wajid Ali Shah. But, this fear of Satyajit Ray was removed by Amjad Khan on his first day of shooting. Wearing the costumes of the Nawabs, Amjad looked exactly like Nawab Wajid Ali Shah in a life-size photograph by the film's director Satyajit Ray.

Richard Attenborough's beleaguered answer
Both the producer and the director went to London to cast Richard Attenborough for the character of Autumn in the film 'Shatranj Ke Khiladi'. The two met at the Gaylord restaurant in Mayfair. Ray and Richard both knew each other because of their frequent meeting at film festivals. And, it was Richard Attenborough who had previously expressed his desire to work with Ray. Richard was busy editing his film "A Bridge Too Far" in those days, but Ray's reputation brought him to the dinner table. Satyajit Ray knew that the stature of Richard Attenborough, the character of that stature is not in the film 'Chess Player'. Satyajit Ray told him, "Richard, I know this is not a big role, but as far as I am concerned, I know only you can do this role." The proof of this is Attenborough's reply of the day. He said, "Satyajeet, I would be happy to read a telephone directory in your film as well."

amazing artistry
The film 'Shatranj Ke Khiladi' is a lesson in cinema. This is such a Ghutti that acts slowly. All the actors in the film have given a great performance. Sanjeev Kumar used to speak with the movements of his face as soon as the camera was on, even after keeping everything silent and Saeed Jaffrey's dialogue delivery was such that even Satyajit Ray did not interfere much in it. Shabana Azmi and Farida Jalal both left their impact and people remember the work of Farooq Sheikh. But, the most commendable work in the film is that of Amjad Khan and Victor Banerjee. Amjad Khan deserves the reward for what he has done by coming out of Gabbar in this. And, the effect of what Victor has spoken in the Urdu film, despite being Bengali, can be understood only by watching the film. In the film, the voice of Amitabh Bachchan is heard as a facilitator. Satyajit Ray received the Best Director award for this film at the next year's Filmfare Awards. The film won two more awards, the Critics' Choice Award for Best Film and the Best Supporting Actor Award for Saeed Jaffrey.

while going...
The climax of the film 'Shatranj Ke Khiladi' is different from the climax of Premchand's story. Satyajit Ray has made this film with absolutely its true imprint. Yes, Satyajit Ray had to leave his rut ​​at one point during the making of the film. The actors and technicians all used to sit in the open on the sets of the shooting of Satyajit Ray's films. Somewhere a separate vanity van was not called for anyone. However, when Richard Attenborough came to shoot, he found it difficult to work in the heat. Calcutta then did not even have a vanity van. There was only one air-conditioned vehicle in the entire city and that was actor Uttam Kumar. Satyajit Ray got it ordered there. By the time the shooting went on, Richard Attenborough used the same car as a vanity van.