Bioscope S2: Bobby Deol arrived at the premiere after breaking his leg, Twinkle shines after the test of many heroines All the release dates of the film 'Barsaat' are available on the internet. However, it premiered on 5 October 1995 and Bobby Deol considers this date as the beginning of his career as a hero. Bobby Deol says, 'I gave the first shot for the film 'Barsaat' when it was being directed by Shekhar Kapur. I had to smile down the stairs of a giant set. This was my first shot as a hero. Later Shekhar Kapur got a chance to direct 'Bandit Queen', he left 'Barsaat' and Rajkumar Santoshi directed this film. My first shot in the film was shot on the last day of shooting. And this is the shot in which I was sitting on a broken leg. That's why I had to take a long gap after the very first film. Even during the shooting of the film 'Gupta, I could not fully recover. I used to be afraid to move my feet even while dancing and later that was my dancing style. Filming with Rajkumar Santoshi used to be a different experience, he used to train me and Tina (Twinkle Khanna) a lot. He danced a lot to the songs of his film Andaz Apna Apna. Santoshi Ji is an amazing writer-director, I still remember everything he taught. 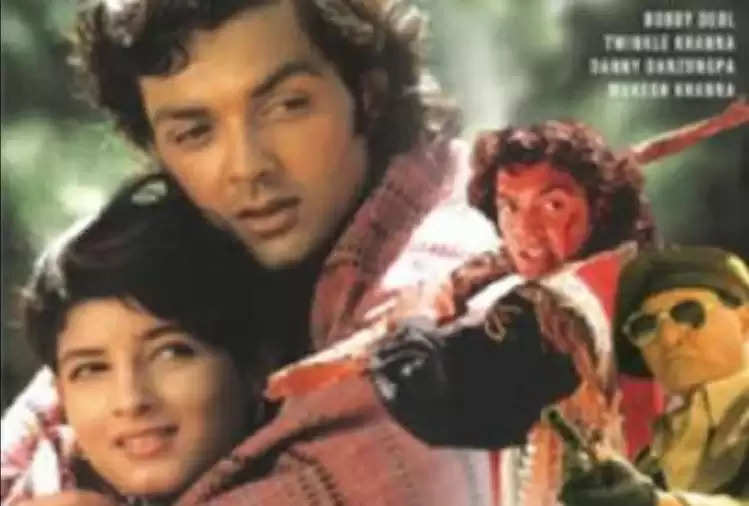 Bobby's debut happened after hard work
In the days when Bobby Deol came to the movies, people not only welcomed him but also all the star sons and daughters who followed him. Bobby says, 'If we came to films, it was not that we just decided one day and started doing films the next day. At least I have had a lot of training. Papa made me work very hard before my first film. I used to go for dance training. I have also had a lot of training in horse riding and biking. We used to go to Juhu beach to drive bikes, while Salman Khan also used to come a lot. That's how our friendship happened. I have all the memories of the days of the film 'Barsaat'. Dharmendra gave him to Bobby for his childhood role in the film 'Dharamveer'. Bobby says, 'The first line of my acting career was, 'Yeh Baat hai baba to ye lo' which I spoke on the sets of 'Dharamveer'. I got it done but the fee? Dharmendra then handed over a pack of hundred denomination notes to Bobby. Bobby went and gave this money to his grandmother, who gave this whole bundle to his grandson and distributed it to the workers in the house. 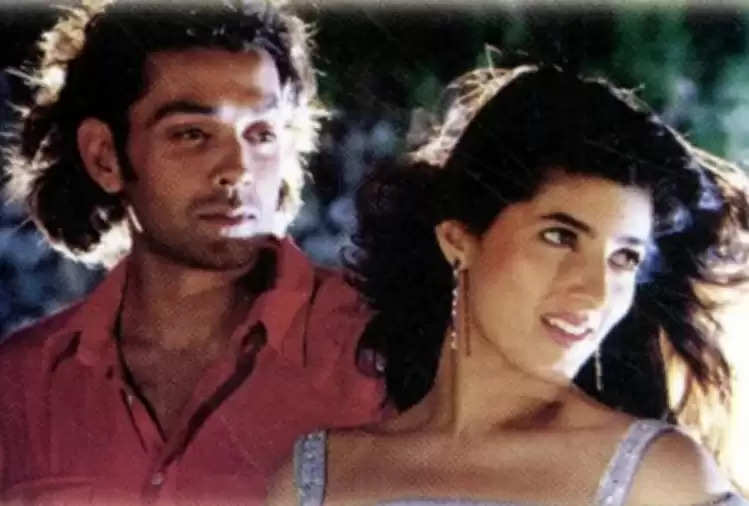 Karisma Kapoor, the first heroine of 'Barsaat'
The film 'Barsaat' may have been released in 1995, but Dharmendra started the work of making Bobby Deol a hero in 1990, five years before that. This film was first started in the name of 'Badal' and then the heroine of the film was Karisma Kapoor. There was a stir in the industry when Bobby and Karisma's photo appeared on the cover of an English magazine. After that Karisma Kapoor started getting offer by offer. Karisma and Bobby Deol also shot for the film 'Badal' for about three weeks and then Shekhar Kapoor left the film. Karishma's mother Babita was very nervous about this and she immediately gave her approval to launch Karisma in Murali Mohan Rao's film 'Prem Qaidi'. In the film 'Barsaat' also Bobby Deol's name is Badal but the name of the film was deliberately not named 'Badal' so that the film does not look old. However, the name of the film was also kept 'Jaan'. Then it changed to 'Meri Jaan', then for a few days its name was also 'Jeet', then someone suggested 'Seventh sky' and Dharmendra fixed its name as 'Saaton Jahan'. This title was then registered by Kamal Amrohi in the name of his production house and he did not give this title to him due to his feud with Dharmendra. Apart from this, Dharmendra also liked the name 'Jaan' but this name was registered with Subhash Ghai and he also refused to give this name for this film of Dharmendra's son.

story of rebel lovers
The story of the film 'Barsaat' is about Badal and Tina. Badal is a rustic boy and after a couple of 'encounters' at a city college, he falls in love with Tina, the daughter of the wealthy Seth. Seth Dinesh Oberoi does not approve of this relationship. Dinesh is eyeing the wealth Tina has inherited. He is Tina's stepfather. His friend is planning to get his son married to Tina. And, this son one day accuses Badal of Me Too. There is a ruckus in the college but Tina testifies in favor of Badal. Then there is the entry of police officer Negi in the story, Badal's father comes to the city from Bhairon village. There are all kinds of conspiracies. When Badal and Tina run away from town to village, they are chased by the goons sent by Negi. It is only during these efforts to escape that Tina comes to know about the reality of her stepfather. According to the first film, Bobby Deol's performance in the film and Twinkle's coming on-screen was better. Stars like Danny, Mukesh Khanna, and Raj Babbar did the same actions for which they were famous, but Bobby Deol impressed people a lot with his different style. The film was technically a very strong film. Especially Santosh Sivan's photography is its life.

at the premiere with crutches
When the film 'Barsaat' premiered on 5 October 1995 in Mumbai, an invitation was sent to the entire film industry. Dharmendra himself sent a call to everyone and also called all the people. That day was the first such day in the Hindi film industry when almost no film was being shot in any studio. Everyone put off work to attend this premiere. Bobby Deol reached the premiere with the help of crutches. He then used to have an iron rod in his leg. The film was well-received by the people at the premiere itself. The film was also a blockbuster at the box office. The film made in about 10 crores had earned about 40 crores then. The film won four awards at that year's Filmfare Awards. Bobby and Twinkle won both the Best Debut awards. The Best Cinematography award went to Santosh Sivan and the Filmfare Award for Best Sound Design went to Rakesh Ranjan. Sameer had also written very good songs for the film and Nadeem Shravan's music in the film was one of the hit music of the year. Most of the songs sung by Kumar Sanu, Sonu Nigam, Sadhna Sargam, Kavita Krishnamurthy, and Alka Yagnik were liked by the people of the film. Out of these, this song played a lot on music channels in those days.

while going...
This was also the debut film of Twinkle Khanna, the heroine of the film 'Barsaat'. Twinkle, the daughter of Hindi cinema's first superstar Rajesh Khanna and Dimple Kapadia, also had a great career in Hindi cinema. She later left acting after marrying actor Akshay Kumar. Before Rajkumar Santoshi, when Shekhar Kapoor was making it, Karisma Kapoor as its heroine, I have already told this in the beginning. But, not only Karisma Kapoor, Somi Ali, Lisa Ray, Madhu Sapre, Rajeshwari Loomba, and Bhagyashree's Pahan Purnima were also named as heroines in different stages from this film. Dharmendra also took the audition of a Pakistani girl Somal for this film. But the matter did not work out.

(This article, published in the 'Biscope' column, is protected under intellectual property rights.)