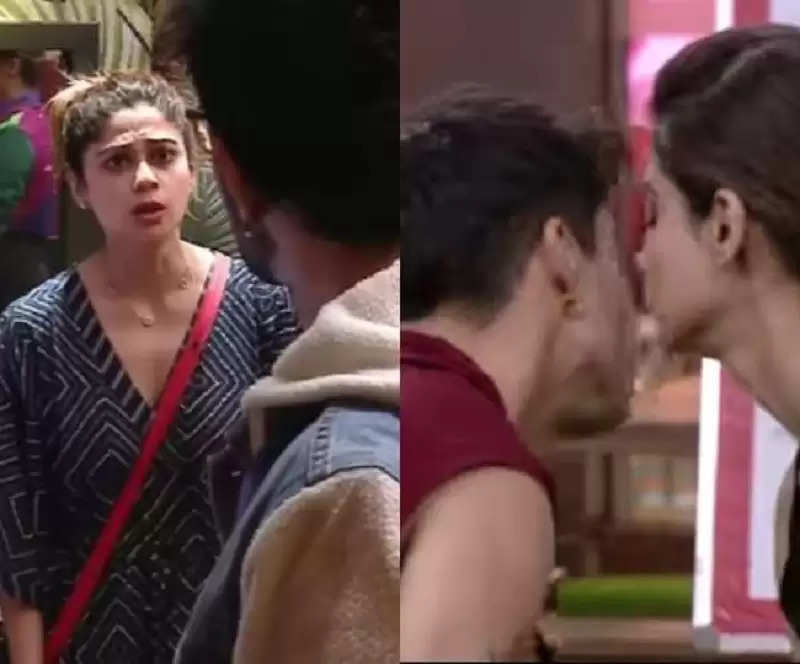 
Not only this, but Rakesh Bapat himself has also fought with Prateek while supporting Shamita Shetty. In such a situation, kissing the symbol of Shamita remains in the news. Now a video promo related to Bigg Boss OTT has been released. In this video promo, Shamita Shetty was seen kissing Prateek Sahajpal during a task. Bigg Boss recently gave a task to all the contestants present in the house except Divya Agarwal.

In this task, a bone was to be raised. While doing this task, Shamita Shetty kisses Prateek Sahajpal's cheek. Neha Bhasin is also surprised to see his kiss. This video promo related to Bigg Boss OTT is becoming increasingly viral on social media. The viewers of the show are very fond of the video. Also, give your feedback by commenting.

At the same time, in the last episode, Rakesh asked Neha Bhasin to give her message to Shamita that he is not talking to Shamita because he does not want to increase her anxiety level. Neha goes and gives Rakesh's message to Shamita. After this, Bigg Boss gives tasks to all the family members except Divya. In this task, there is a scuffle between Shamita and Prateek, and Shamita falls.