Bigg Boss 15: Ishaan Sehgal breaks silence on the news of his sexuality and his relationship with Rajeev Adatia! Bigg Boss 15's first couple Maisha Iyer and Ishaan Sehgal have been evicted from the show. The handsome model came under question in the show due to her sexual orientation. Ishaan Sehgal told Maisha Iyer about a male TV producer who was interested in him. Later, when his longtime friend Rajeev Adatiya entered the show, everyone started wondering if Ishaan Sehgal and he were in a relationship. There was a fierce fight between the two inside the house. This happened when Rajeev Adatiya said that Ishaan Sehgal's family was not in support of Maisha Iyer.

After the fight, she tells Rajiv that from her statements it seems that the two are in a relationship. He said that his sexuality was being doubted on national TV. He was asked the same question by radio host Siddharth Kannan in his interview. Ishaan Sehgal said that he was an unfiltered person. He said that he has the guts, to be honest with Maisha Iyer, irrespective of his sexuality. She told Sidharth Kannan on the show, "In the show, I will speak without thinking or fear and take a stand. Whatever my sexuality is, it is. If I have the ability to go inside a room with my girlfriend. Have guts and say, 'This is national television, say whatever you want to say,' then it becomes clear that there is nothing like that." 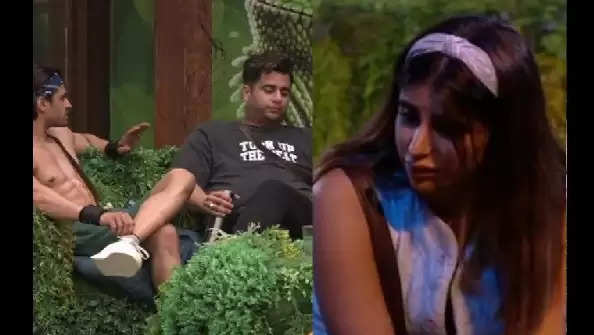 Ishaan Sehgal and Mysh Iyer have now left for Goa for a short break. The couple was looking very happy at the airport. He said that his family also liked Maisha Iyer. Ishaan said that he will soon post pictures of Maisha Iyer with his mother and sister. On the other hand, Rajiv Adatiya is performing well in the show. People are loving his cute and entertaining side. He is also very emotional.