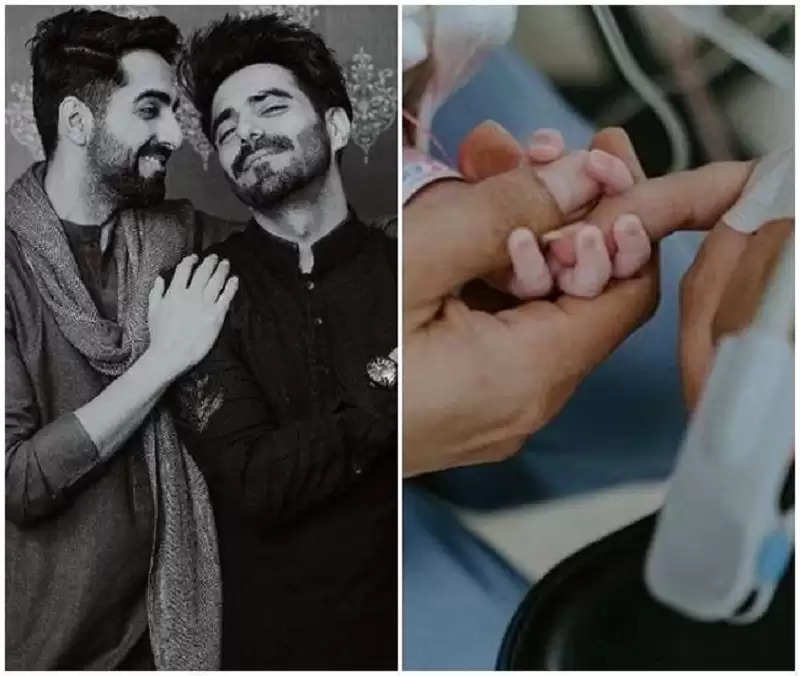 Bollywood actor Aparshakti Khurana recently became a father a few days back. Aparshakti Khurana's wife Aakriti Ahuja gave birth to a daughter on June 4. Aparshakti and Aakriti have named their daughter Arjoi Khurana. Till now no one Aparshakti or Aakriti had shown the face of her daughter to the fans. But Arjoi's big sin (Tau) i.e. Ayushmann Khurrana has shown his niece's face for the first time.


Ayushmann Khurrana is very active on social media. The actor often shares many of his pictures and videos with the fans. Now recently, for the first time through social media, Ayushmann has shown the first glimpse of his younger brother's daughter Arjoi to the people. Seeing which everyone is praising Arjoi's cuteness.


Ayushmann Khurana has shared Arjoi's picture on the story of his official Instagram account. In this picture, Arjoi is sleeping on the shoulder of her father Aparshakti Khurana. The bonding of both the father-daughter looks very beautiful in the picture. Baby Arjoi is very cute, seeing her cuteness, fans are also going crazy. This picture is also becoming increasingly viral on social media. 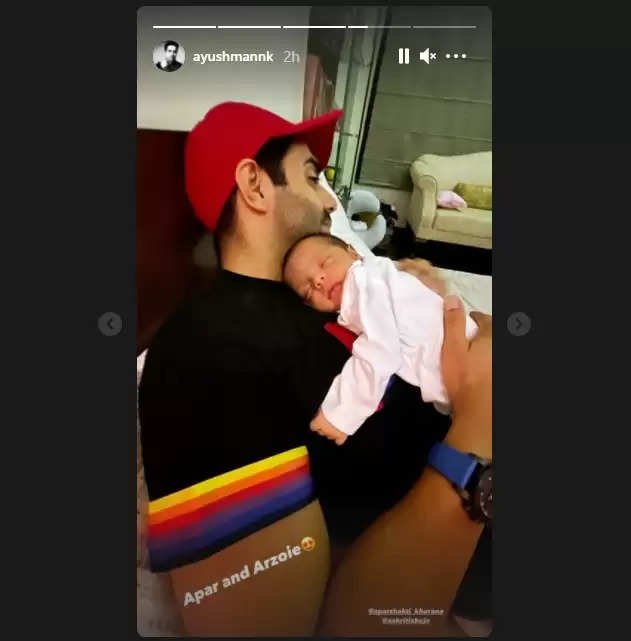 Let us inform you that earlier Aparshakti Khurana's wife Aakriti Ahuja had shared the picture of the daughter. Although Arjoi's face was not visible in this picture. In this picture, Aparshakti Khurana was sleeping with his daughter Arjoi. Sharing this cute picture, Aakriti wished husband Aparashkit on their wedding anniversary. In both these pictures, the bonding of Aparshakti and her daughter looks very beautiful.

It is worth noting that Aparshakti Khurana and Aakriti Ahuja Khurana got married in September 2014. The wedding photos and videos of both of them became fiercely viral on social media. After dating each other for a long time, they decided to tie the knot. At the same time, a few months ago this year, Aparshakti Khurana had disclosed the pregnancy of his wife through social media.