Anupama: Vanraj-Kavya's sizzling dance video became an internet sensation, both of them were seen romancing like a pillar 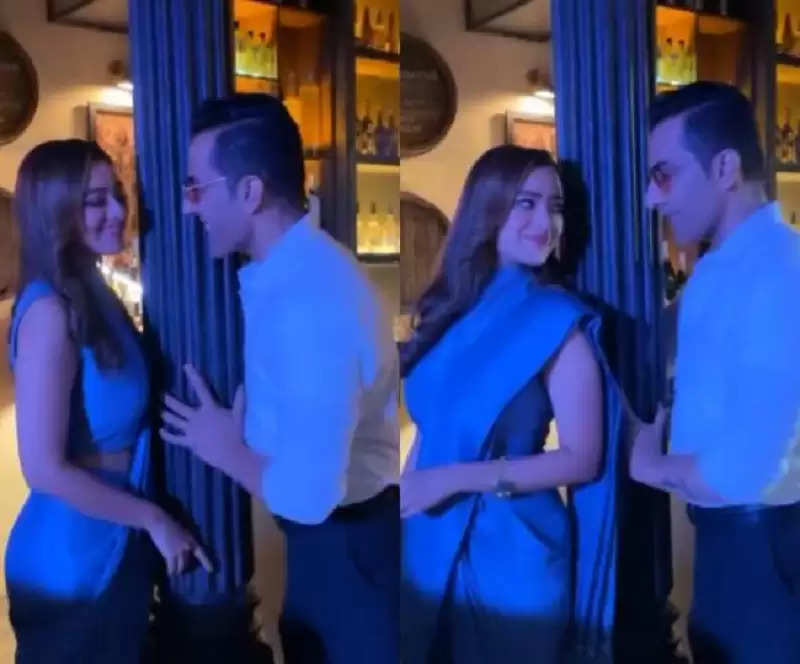 These days TV serial 'Anupama' remains the first choice of the audience. The twists coming into the show every day keep the fans engaged. At the same time, this show is leaving many other shows behind in terms of TRP. Many new changes are going to come soon in Anupama's life of this show. Seeing Anuj Kapadia's entry into the show, it now seems that a lot of good is going to happen in Anupama's life. Both are going to meet at the reunion party. During this party, a video of Kavya i.e. Madalsa Sharma and Sudhanshu Pandey i.e. Vanraj is creating panic on the internet. In this video, the dance fans of both remain in the discussion.


Kavya and Sudhanshu are also going to reach the reunion party. During this, both will make a lot of noise. In the video going viral, you can see that Kavya i.e. Madalsa Sharma, and Sudhanshu Pandey i.e. Vanraj are seen romancing. The chemistry of both is worth watching. While Kavya is seen in a glamorous avatar at the party, Vanraj is also looking very handsome. The style of both is being made just by seeing. During this, both are seen dancing by clinging to the pillars.

This is a reel video

Let us tell you that this video of Kavya and Vanraj is not a part of the show. Yes, this video was made during the shoot.

But this is a reel video. This video has been shared by Madalsa Sharma on her official Instagram account. Fans are very fond of this video. At the same time, by commenting on this, the fans are constantly praising the dance and chemistry of both. So far it has been viewed 19 thousand times.