An FIR was lodged after well-known hairstylist Jawed Habib spat on the woman's hair. 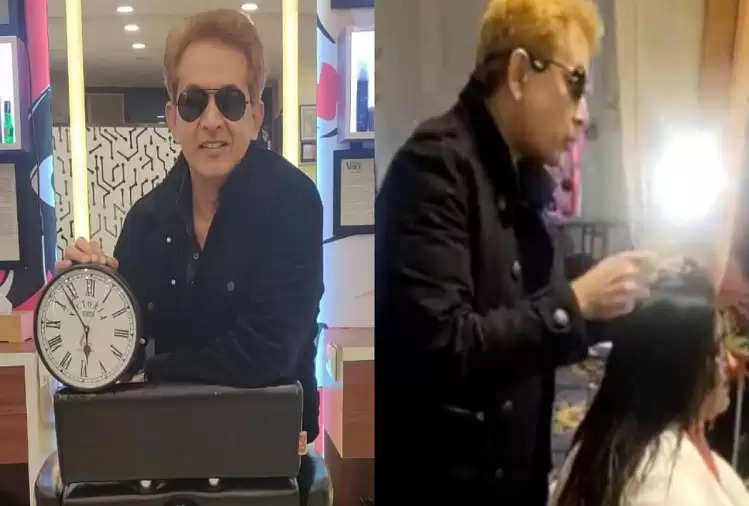 After the FIR was registered against well-known hairstylist Jawed Habib, new allegations have come against him. A complaint has been filed on the official Twitter of Muzaffarnagar Police for 'spitting on woman's hair' by a hairstylist.

The FIR has been registered under Indian Penal Code sections 355 (assault or criminal force with intent to insult any person other than by grievous provocation) and 504 (intentional insult with intent to provoke breach of the peace) as well as relevant sections of the Epidemic Act Went.

Jawed Habib created a ruckus after he allegedly spat on a woman's hair during a seminar. Shortly after the video became popular on social media sites, netizens slammed the hairstylist for his indecent behavior on the platform.

Taking note of this, the National Commission for Women took action and requested that the Uttar Pradesh Police investigate the veracity of the video that shows celebrity hair stylist Jawed Habib spitting on a woman's head while styling her hair.

The NCW, in a letter to the state police as per PTI, said- "The commission has taken this incident very seriously and not only condemns it in the strongest possible terms but also condemns the veracity of this viral video for immediate action as per law/procedure." Also seeks your immediate intervention in the matter for investigation. This incident also attracts violation.

@NCWIndia has taken cognizance of the incident. Chairperson @sharmarekha has written to @dgpup to immediately investigate the veracity of this viral video and take appropriate action. The action taken must be apprised to the Commission at the earliest.https://t.co/3wPS2Lavyt

Guidelines issued by the Union Ministry of Home Affairs under the Disaster Management Act, 2005, under which spitting in public is punishable in view of the COVID pandemic. is a crime."

According to officials, the National Commission for Women (NCW) will also send a notice to the hairstylist for hearing.