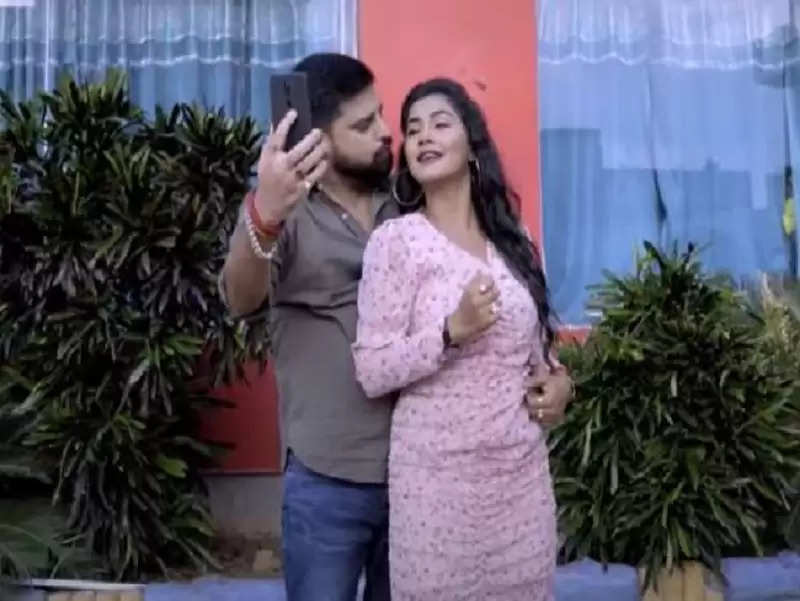 Recently an objectionable MMS of Bhojpuri actress Trishakar Madhu went viral. The song's lyrics are 'Viral Bhailu Facebook P' and in this song, boyfriend Rakesh Mishra is also seen with him.


Bhojpuri actress Trishakar Madhu is in news recently. Her MMS was leaked. In this, she was seen in a compromising position with her boyfriend Rakesh Mishra. Now she has released her new song. The lyrics of the song are, 'Viral Bhailu Facebook Pl' in it. Apart from him, Rakesh Mishra is seen. This song is being liked a lot.


The superb chemistry of Trishakar Madhu and Rakesh Mishra can be seen in the song. Both have also shared the link to this song on their Facebook. Sharing the video, Rakesh Mishra wrote, 'Viral song between all of you at 6:15 am l love Before this song, both of them have appeared in many music videos. This song is sung by Rakesh Mishra and Surbhi Shivani. While the lyrics of the song are written by Arun Bihari. The music of the song is given by Chhotu Rawat. Trishakar Madhu Apne Due to MMS, he was in the news, he appealed to the people to delete the MMS instead of watching it.


Trishakar Madhu's video was called a publicity stunt by the people. Despite this, her video had become quite viral. Due to this video, she has come into the news. Also did it for the promotion of my song.