Abhishek Bachchan was admitted to hospital after a hand injury, Papa Amitabh and sister Shweta arrived to meet 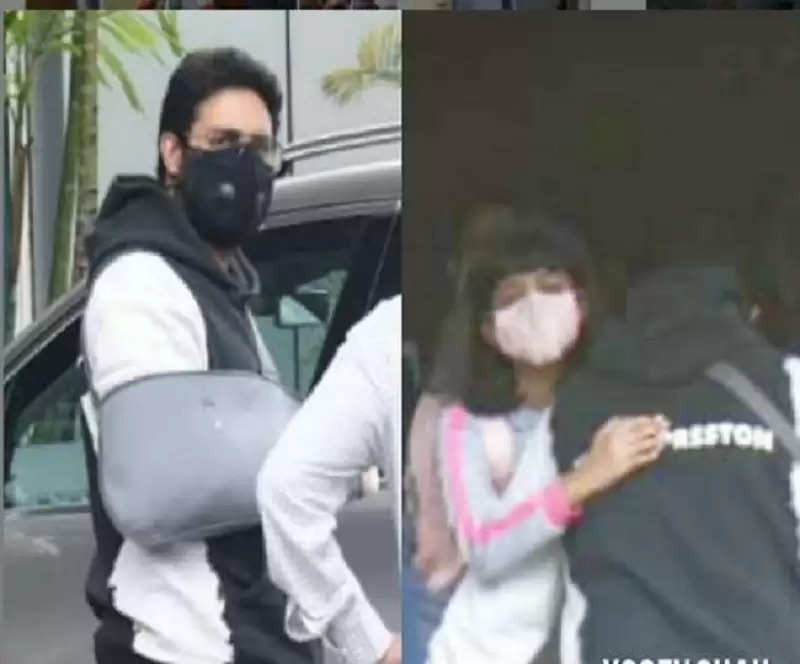 Bollywood actor Abhishek Bachchan has suffered a hand injury, after which he has to be admitted to Lilavati Hospital in Mumbai. However, no information has been revealed about the serious injury in Abhishek's hand and how it happened. But according to the news of Zoom, on Sunday, Abhishek was admitted to Lilavati Hospital in Mumbai where his father Amitabh Bachchan and sister Shweta Bachchan came to meet him.

Some pictures have come out in which both Amitabh and Shweta are seen sitting in the same car and both have put masks on their faces. When the pictures of Amitabh and Shweta came out, no one knew the reason at that time and was making different types of speculations. But now the news came out that Amitabh and Shweta had reached Lilavati to know about Abhishek Bachchan's health.

Earlier, some pictures of Abhishek were revealed in which his hand was seen tied in a sling and two fingers were seen bandaged. There has been no statement from the family of the actor about how Abhishek got hurt, but if reports are to be believed, the actor has been injured during the shooting of a Hindi remake of a Tamil film. Recently, Abhishek was also spotted at the Mumbai airport where he had come to drop his wife Aishwarya Rai Bachchan and daughter Aaradhya. Aishwarya was leaving for Orchha, where she was going to shoot for Mani Ratnam's film 'Ponniyan Selvan'. Aishwarya is currently on the shoot and Aaradhya is with her during this time.

Talking about Abhishek's work front, the actor was recently seen in Amazon Prime Video's series 'Breath in the Shadows' and film 'The Big Bull'. Now the actor will be seen in 'Bob Biswas' in which Chitrangada Singh will be seen as a lead actress with him.