When Karan Johar told Priyanka Chopra on national television - "Be a Hindi film actress, stay in your position" 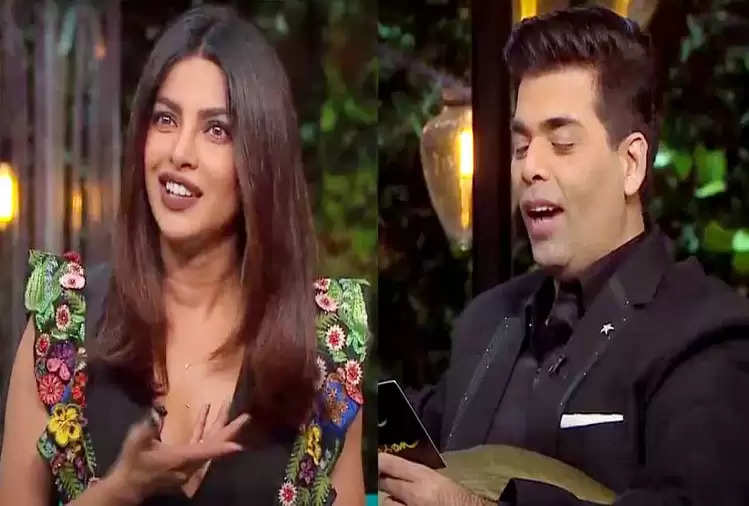 Priyanka Chopra Jonas is a global icon and no one can deny that. After ruling Bollywood with her elegance and acting, Priyanka traveled abroad and became a sensation globally! Irrespective of her films, the actress has managed to make a special place in everyone's hearts and grabs headlines due to her controversies.

Not many people know that there are many celebrities with whom Priyanka Chopra is friends. Not everyone in the industry is Peesee's friend and her catfight is proof.

Throwback to the time when Priyanka Chopra participated in Karan Johar's chat show Koffee With Karan in 2017 and got some harsh comments from the host of the show. This happened when KJo started the rapid-fire round and he said that if he has done that special thing in his life then he should take coffee shots.

Karan Johar said, "We've heard everything about your Hollywood achievement. You've been to every red carpet, every talk show. Now that's where the real fun begins. That's why we called you on the couch."

He further said- "You have been praised a lot. Your global achievement is done. Be a Hindi film actress, stay in your position.

The relationship between Karan Johar and Priyanka Chopra was not good. But later both of them left everything behind and became good friends. In 2012, KJo while talking about the same had told ETimes, “I picked up the phone and reacted like a pressure cooker. Then I realized it was not right. I called him and said that I am turning 40. I had a good emotional attachment with him. I have shared many warm moments with PeeCee. Since I'm older, I decided to mature."