Video: Urfi Javed wore a bandage dress, and said- 'Every day is Halloween for me! 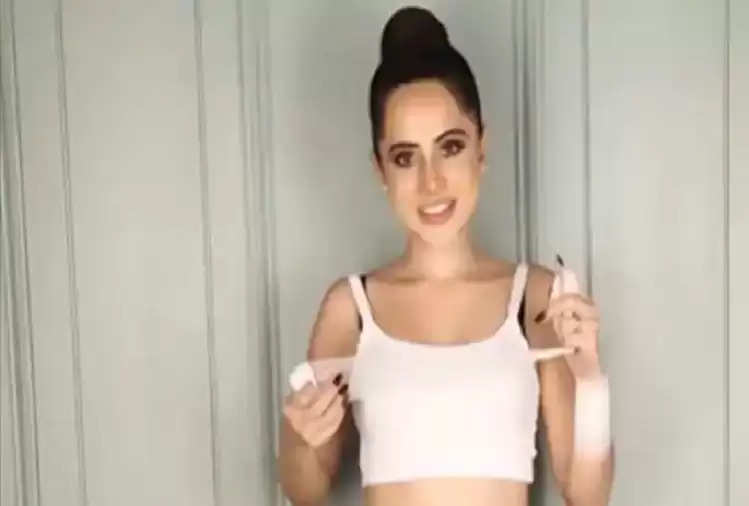 Bigg Boss OTT star Urfi Javed is known for her quirky outfits made in DIY style. She attracts attention for her 'too hot to handle avatar, which is literally mind-blowing. With safety pins, tapes and not knowing what, Urfi Javed has made her dresses. Now Urfi appeared in a bandage dress. This is what she chose for her Halloween theme.

Captioning her video post as follows: Every day is Halloween for Urfi! Several celeb friends and fans commented on her post timeline.

The starlet is famous for her DIY videos on social media. From making tops with stockings to dressing up made out of dustbin - Urfi has done it all online in her posts. Urfi Javed, 24, was first seen in the 2016 TV show Bade Bhaiya Ki Dulhania, then in Meri Durga, Bepannaah, and Punch Beat Season 2 streaming on ALTBalaji respectively. Urfi Javed was also seen in Yeh Rishta Kya Kehlata Hai and Kasautii Zindagii Kay.

She recently had a party with Kachcha Badam girl Anjali Arora at her birthday party and videos from inside the bash went viral on social media.