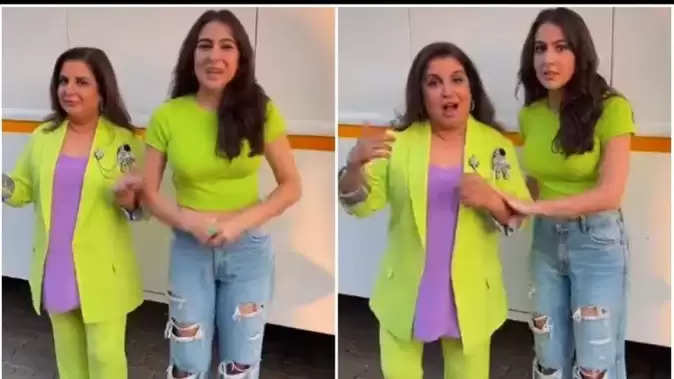 Sara Ali Khan is one of the famous actresses of Bollywood. He has made his special place in Bollywood at a very young age. Sara is very active on social media. She often keeps the fans entertained through a post or photo and video. Recently Sara Ali Khan uploaded a video on her Instagram in which she is seen with Farah Khan. In this video, the poetic style of Sara and Farah is becoming very viral on social media. 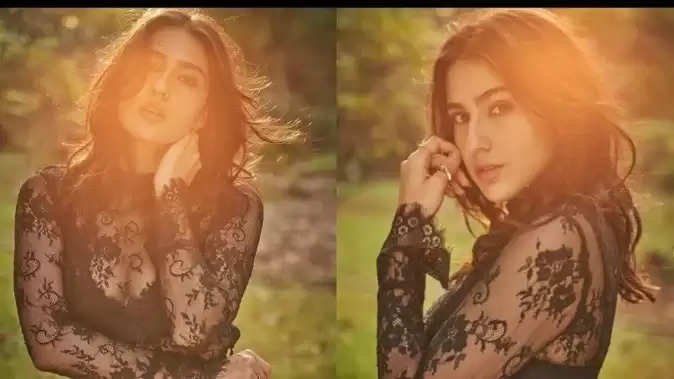 In the video, Sara Ali Khan is seen on a shooting set. She goes to start her poetry when Farah Khan comes in the middle. Then both of them do poetry together. This video of both has been recorded by Karan Johar. In the video, Sara is wearing a neon green crop top and denims. At the same time, Farah Khan is also in green and purple color dress. Greeting the fans in the video, Sara says, 'Namaste audience, I am Sara' and Farah said 'Main hoon Farah'. Sara Ali Khan further says, 'We are shooting in mud where water is khara-khara'. To this Farah Khan rhymes, 'And we both have worn green green'. Sara said, 'Farah ma'am, jaldi chalo baj rahe hai karte barah...' After this, Farah Khan starts dancing while singing the song 'Dil Hara Hara' from the film 'Tashan'.

According to the latest news, Sara Ali Khan is soon going to work in a period drama film based on the Quit India Movement. It will be directed by 'Ek Thi Daayan' director Kanan Iyer. The film will be produced under Karan Johar's Dharmatic Entertainment and will not be released in theaters but on Amazon Prime Video.