Video: Are Shehnaz Gill and Guru Randhawa dating each other? Fans showered love on his latest video! 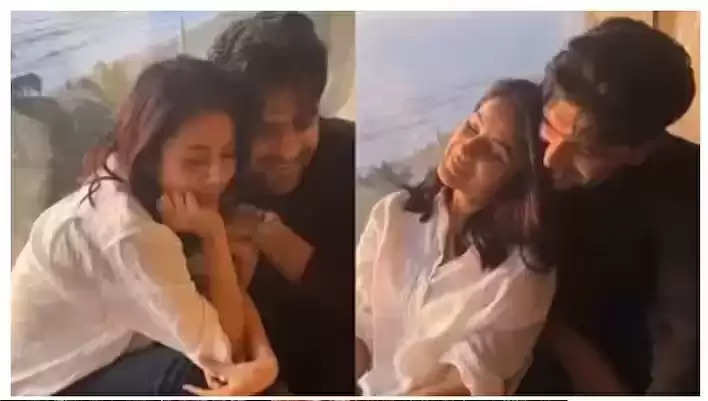 Actress Shehnaz Gill and popular Punjabi singer Guru Randhawa spent an evening watching the sunset together. On Monday, he shared a funny video on Instagram of himself sitting near the glass window and looking at the sea. They were sitting next to each other in a room in the video.

Shahnaz and Guru Randhawa looked very comfortable. They watched the sunset and shared good moments with laughter. His fans liked this video very much.

In the video, Shehnaaz is wearing a white shirt and blue denim and she is sitting barefoot. The singer, on the other hand, opted for a black sweater, pants, and white sneakers. He captioned the video, "What a lovely sunset"

Reacting to the post, a fan said, "Chemistry hai bhai chemistry. Wouldn't be a surprise to see these two in a big project in the future." Another commented- "Kitne pyare lagte ho abhi to date karlo yaar."

Shehnaaz and Guru recently collaborated on the music video Mood Rise. It was released earlier this month. Guru posted a preview of the song on Instagram along with the statement.

The audio version of the song released last year got a lot of love from the fans. Guru wrote and sang the song, which depicts the romantic relationship between Shehnaaz and him.