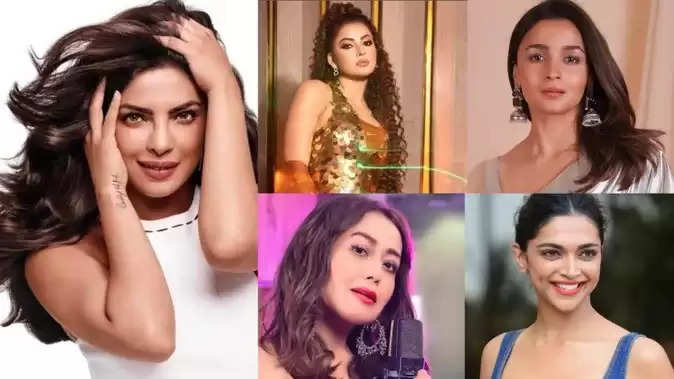 In today's era, there is an era of social media. From common man to Bollywood celebrities, they are always active on social media, because it is the best medium to connect with each other. Bollywood stars also keep updating about themselves on social media and have a long fan following. In this sequence, let's talk about actress Urvashi Rautela, who remains in the headlines for one reason or the other. She has made a mark from country to abroad with her work. Along with her work, she also makes fans crazy with her glamorous style. She recently completed 48 million followers on Instagram. In such a situation, the actress has expressed her happiness by sharing the post and thanked her fans, but do you know that there are many actresses from Alia Bhatt to Deepika Padukone, who rule the film industry as well as social media. Not only actresses but also actors are not behind in this matter. From Salman to Akshay Kumar, they rule the social media. He also has a long fan following. So let's know at what number the beautiful actress Urvashi comes in the top 10 list of followers.

Priyanka Chopra
Priyanka Chopra, popularly known as Desi Girl, has made her mark from country to abroad. Even though she stays away from the country after marriage, she is constantly connected with fans through social media. Talk about Priyanka Chopra, she has 76 million followers on Instagram. In this way she is the most followed woman in India.

Neha Kakkar
Famous singer Neha Kakkar makes people crazy with her chimes. He is counted among the most popular singers of Bollywood. Neha Kakkar robs the hearts of the fans with her songs as well as beautifully. He has 69 million followers on Instagram and thus he is at number three in terms of following.

Deepika Padukone
Deepika Padukone, who has made her mark with films like Padmavat, Bajirao Mastani, also has a long fan following on social media and is at number four in this regard. Deepika Padukone has around 66 million followers on Instagram.