Urfi Javed wore a dress made of garbage bags, users trolled after seeing the photo! 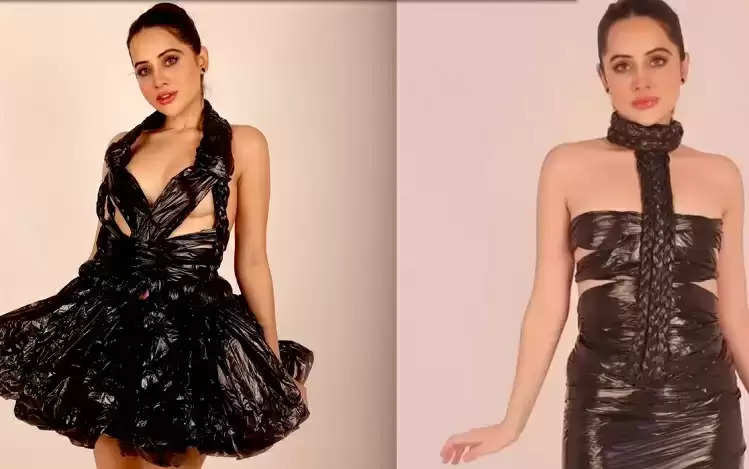 On Tuesday morning, Urfi took to Twitter to share a picture of herself wearing a black dress made of polythene bags. The bags are designed to dress up the halter-neck short dress. The former Splitsvilla contestant captioned the post, "Dress made of dustbin bags." In a long video on Instagram, Urfi wrote, "I could literally wear this to a red carpet event, not kidding."

Dress made from dustbin bag pic.twitter.com/C4XXEIqqmI

A netizen commented on it "It's a good idea only costs two rupees." Another wrote, "It's not called a dress, it's called a rapper." One wrote, "Good. There is also garbage in the bag.