Urfi Javed wore a bikini top made of a smartphone, netizens said 'this was all to be seen! 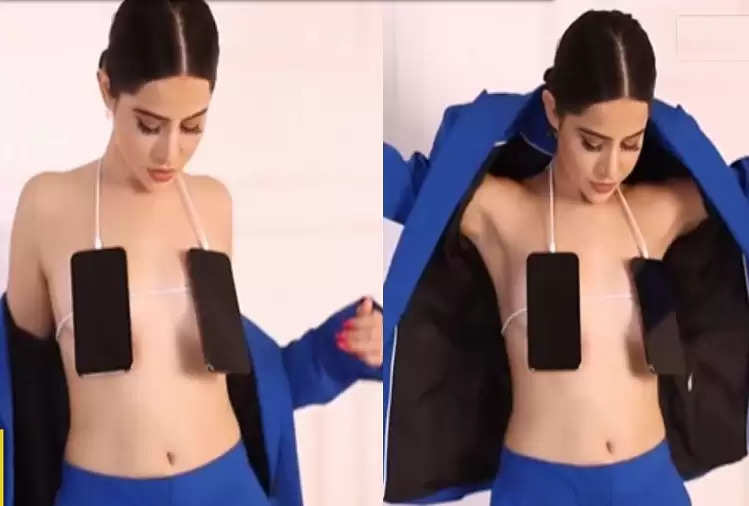 Internet star Urfi Javed is known for her outlandish outfits. This time, she took things a notch higher. This time he used charging cords and smartphones to make a bikini top.

She wore blue colored pants and a blazer with a smartphone top. In the caption, Urfi wrote, "Fully charged."

Check out the video here:

Reacting to the video, a user wrote, "Return my mobile Urfi."

Another wrote, "New drama now". On Urfi's post, a third user wrote, "Now which madness is this, it has become too much, now someone should take it out of India...".

Being a social media sensation, Splitsvilla X4 is grabbing everyone's attention. Urfi is one of the contestants of the 14th season.

Introducing herself, Urfi said, "Aapne mujhe nahi kisi ko hogi nahi...but main aa gayi hoon in Splitsvilla 14. Main kya patakha le ke aayi hoon? I am a bombshell myself, and I don't know when I will come." Where can I explode?"