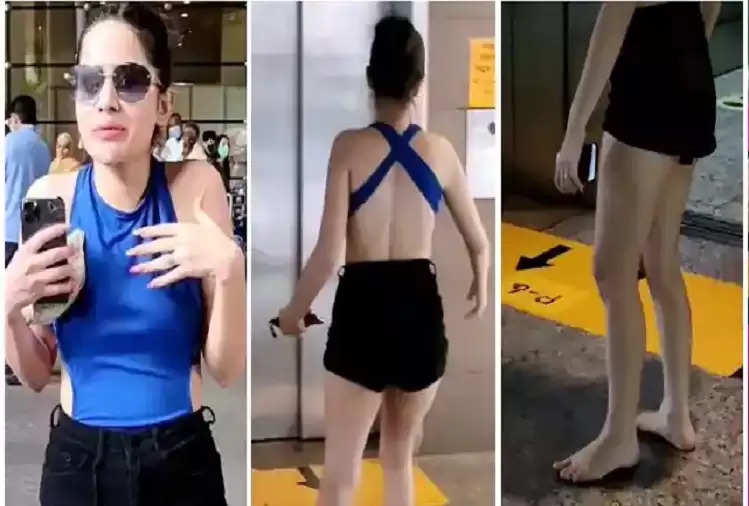 Bigg Boss OTT fame and actress Urfi Javed who is known for her unique and quirky fashion statements is once again in the news. The actress was spotted at the Mumbai airport.

Actually, seeing the new video that has come out of Urfi Javed, it is clear that she is wearing black shorts under blue color swimwear.

Wearing shorts over swimwear was fine, but as soon as your eyes go down you will realize that this time Urfi Javed has gone four steps ahead to grab people's attention. In the video that surfaced, Urfi Javed is seen barefoot. Seeing the new video of Urfi, people are saying that every time she does something or the other, people are forced to watch her even if she does not want to.

As always, Urfi was seen funnily interacting with Papps. However, the actress seemed a bit tired and as she continued to say – "I haven't got enough sleep" and "Too tired, bye". Watch his viral video here.