Urfi Javed covers her breast with one hand, this photo is going viral! 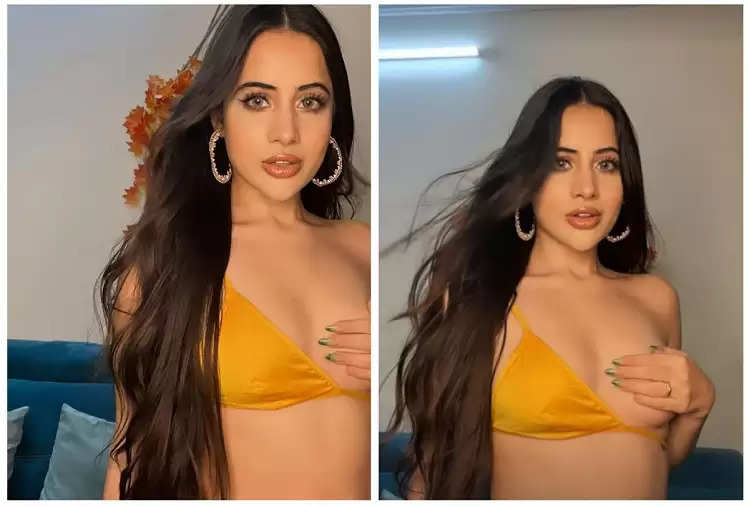 Television actress Urfi Javed shared her bold photo on Instagram on Tuesday. She can be seen covering her breast with her hand in the picture shared on her Instagram story.

The photo, in which Urfi is seen wearing a yellow bralette and posing for the camera, went viral in no time. Needless to say, Urfi never fails to grab headlines. 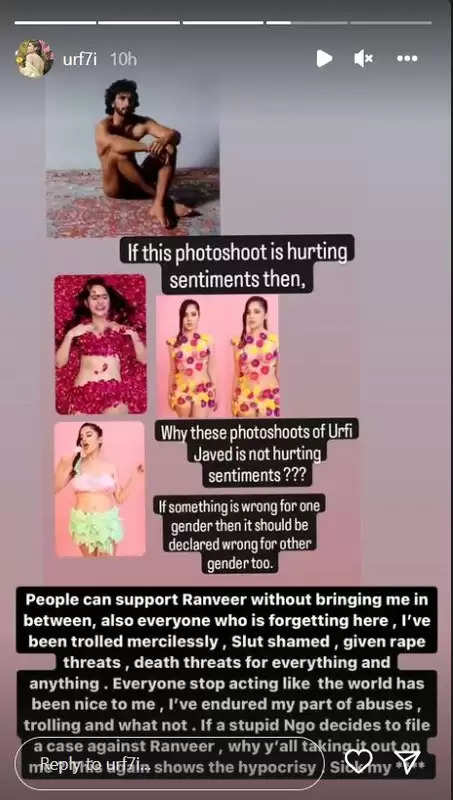 Meanwhile, Bollywood actor Ranveer Singh created a flutter on the internet after pictures from his nude photoshoot went viral. Even before posting the pictures went viral on social media, Netzin slammed the actor for getting a nude photoshoot done for a magazine.

Although there were some people who supported Ranveer Singh. He cited the example of Urfi Jaaved and said that if her semi-nude pictures are not considered obscene, then why Ranveer's pictures have been criticized. Following this, Urfi Javed took to Instagram to slam social media users for comparing her pictures with the nude pictures of Ranveer Singh. 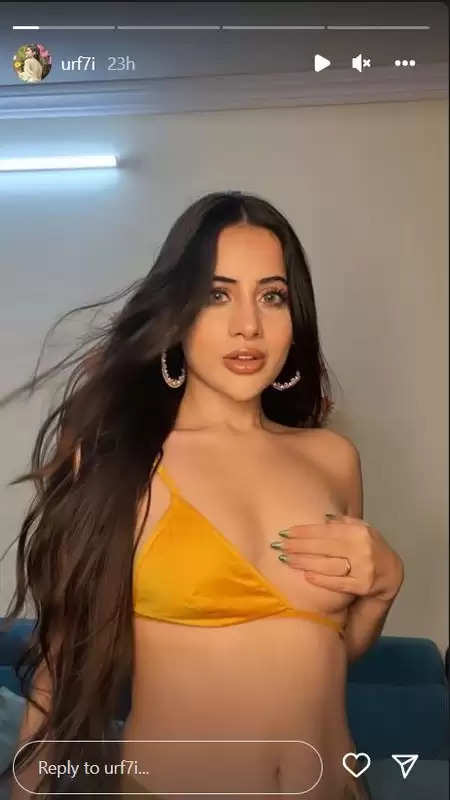 Urfi replied saying, "People can support Ranveer without interrupting me even everyone who is forgetting here, I have been brutally trolled, slut shamed, raped. There have been threats of death for everything. I have suffered abuses, trolling, and whatnot. If a stupid NGO decides to file a case against Ranveer, why are you taking it out on me? This again shows hypocrisy."