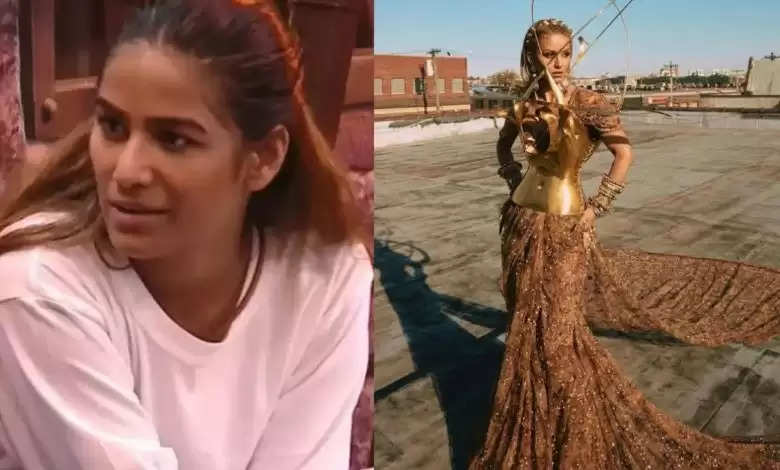 If you are oblivious to the news of the past day, then we have brought a great opportunity to get acquainted with this news again. Here you can read all the news in detail in Entertainment Top 5.

These days people are interested in the news of the entertainment industry as well as OTT (OTT) is also increasing. This is an industry whose gossip everyone wants to be updated with. Their fans are often curious to know what happens in the life of their favorite stars and why. So in the world of entertainment (Entertainment IndustryMany such news is seen every day, which become the headlines of news channels. The last day i.e. Mangalwal’s day was also full of entertainment for the fans of celebrities. From the world of films to TV (Television Industry) And a lot was seen in the OTT platform. We have brought you another great opportunity to get acquainted with the news of the past day. So if you have missed Monday’s headlines, then read more here Entertainment 5 Important news of

In the world of fashion, the Met Gala 2022 has such dominance that the Oscars in the film industry. In this celebration of fashion, selected stars from all over the world participate enthusiastically. With this, Entrepreneur Natasha Poonawala participated in the Met Gala event of 2022. When Natasha took her stunning entry on the red carpet, her costume caught everyone’s attention. In this event, Natasha carried this outfit with desi glamor and American inspiration. This traditional look of Natasha Poonawalla is spreading like fire on social media. Natasha is looking very elegant wearing a Sabyasachi sari.

Sonu Nigam Video: Sonu Nigam, upset about Ajay Devgan-Kiccha Sudeep’s statement on the national language, said – you are creating enemies in your own country

Be it issues related to the film world or from the country, Singer Sonu Nigam always gives his opinion on them with impunity. These days the issue of the national language is hot in the country. Recently, there was a lot of debate between Bollywood actor Ajay Devgn and South actor Kicha Sudeep on the issue of calling Hindi the national language. Now Singer Sonu Nigam has also given his response on this matter. Sonu Nigam says that in this way no language should be imposed on the people and by doing so it should not be divided among the people. Sonu Nigam said this in a program organized recently.

Tv9 Exclusive: Me and my mother used to make and sell rotis, Poonam Pandey gets emotional remembering the days of Struggle

Poonam Pandey has been evicted from Alt Balaji’s reality show Lock-Up. Although his reality show journey is over, he has won the hearts of millions of fans this journey. In an exclusive conversation with Tv9 Bharatvarsh, Poonam Pandey said that I could not win the trophy of lock up but after coming out I read the comments of the fans, saw their love and I would like to say that I have won the trophy of their love. Having won, I want to celebrate winning this trophy. I am happy that now I have come to my house. I am enjoying all the facilities here.

Calia Posey, the famous child actor from Toddlers and Tiaras, has passed away, she was just 16 years old. His mother confirmed this on Facebook on 2 May. She writes that I have neither any words nor any thoughts coming to my mind. Sharing a picture of her daughter Kaalia Posey on the social media platform, Marcy Posey Gatterman further wrote my beautiful baby girl is gone. Please give us privacy as we mourn the loss of Kalia. She will be my beloved daughter forever. It is being said that she died in a car accident but till now no official confirmation has been made about this.

Bollywood actress Tanushree Dutta has distanced herself from the film industry for a long time. Recently, the actress has been in the news. Tanushree Dutta remains in the headlines due to a car accident. It is being told that the actress was going to visit Mahakal. During this, she suddenly got into the grip of an accident and was badly injured. However, Tanushree shared pictures on social media (Tanushree Dutta Instagram) while visiting Mahakal. In some of these pictures, the actress is seen injured. Let us tell you that there are also pictures of Tanushree’s injury in the shared pictures. Since then, her fans are constantly taking her health updates on the actress’s Instagram posts. Also, praying for a speedy recovery.