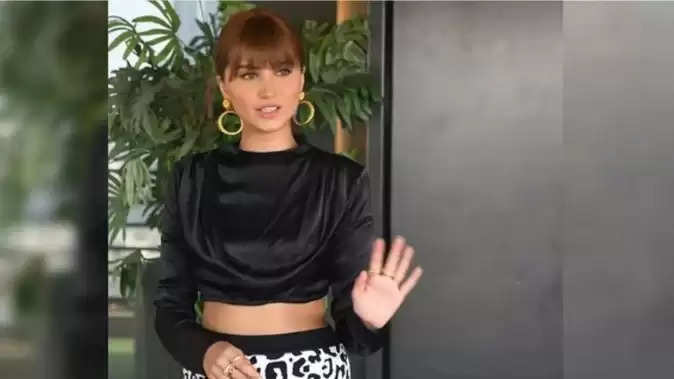 Tara Sutaria's most beautiful look ever has come out. Tara stole everyone's heart in a mini skirt and crop top with Tiger Shroff to promote the film. These days Tara Sutaria is busy promoting the film Heropanti 2. For promotion, she is impressing everyone with her look every day. At the same time, this time too Tara appeared in a very glamorous look. 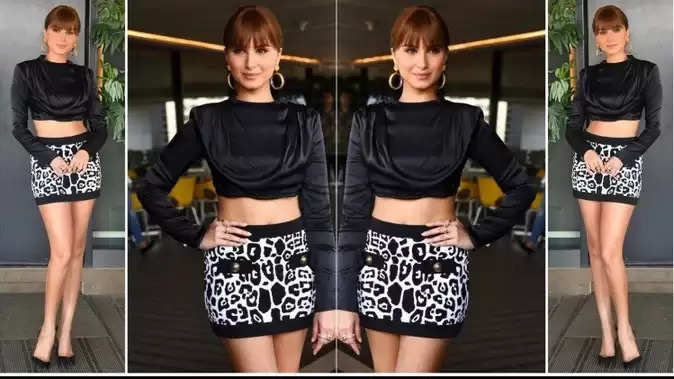 Tara opted for a black crop top to promote the film with Tiger Shroff. Whose full sleeve and round neck were making it special. Although Tara's look was looking very glamorous in this shiny fabric top. Because Tara opted for a black and white printed skirt with this crop top. On which there is a black stripe near the belt and hemline. Tara's look was looking amazingly glamorous in this figure hugging mini skirt, while Miss Sutaria was flaunting her toned figure in this entire outfit. Tara completed this look with great style. In which black color pumps were included. At the same time, Tara's look was looking very sexy with these high heel pumps. 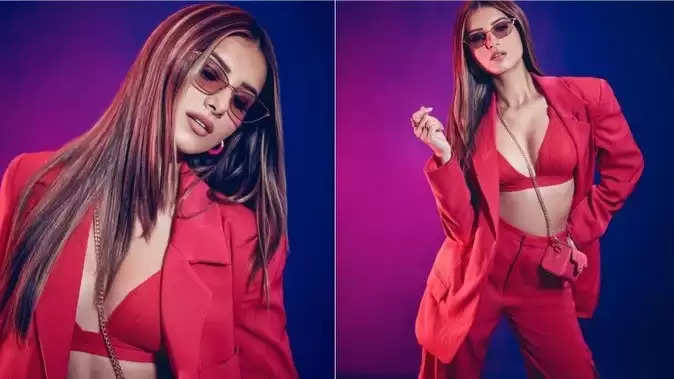 On the other hand, Tara matched this super hot look with golden hoop earrings. While her hairstyle is making headlines. Tara paired this hot look with a back bun with bangs. Tara's bangs look with new hair color was making her fans crazy. Tara's pictures became viral as soon as it came on social media. At the same time, seeing this look, the fans started comparing her to Taylor Swift. Singer Taylor Swift is also known for her bangs. In such a situation, seeing Tara Sutaria's look in bangs, users started commenting and comparing her to Taylor Swift.