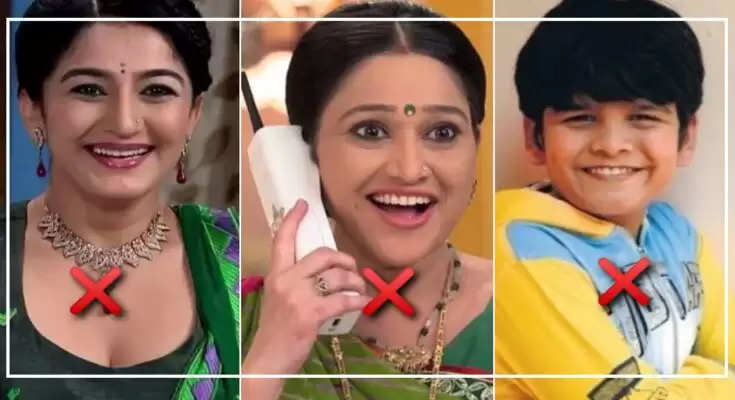 Friends, do you know why today Tappu, Sonu, Mr. Sodi, Mrs. Sodi, Doctor Hathi, Natu Kaka, Anjali Bhabhi, and most importantly Dayaben have left the famous show Taarak Mehta Ka Ooltah Chashmah. Even the roles of Sodi and Hathi Bhai have been changed two to three times. After all, what is the reason why actors want to leave such a big show that has set a Guinness World Record for the longest sitcom? This is what we will tell you in this article today, why the actors left this show.

Children play cricket and among those children, the grand Gandhi who broke the windows of the windows i.e. our Tappu aka Deependra Jethalal Gada has played his role in this show from the beginning. When asked why he left the show, he told that he has been working in this show since its inception and was not getting the growth and attention he should get from this show. And he wanted to work on another project as well. That's why he left the show. After that, he also did a Gujarati film which was a huge hit.

Do you know who was the most loved and trusted by Tappu in the show? Neither on Bapuji nor on Dayaben, but the name of that person is Sonu. Sonu is the most intelligent person on the sets of Taarak Mehta. In the same way, all the roles Sonu has played to date are also active and intelligent. We said this here because the first Sonu i.e.Mehta and the second Sonu i.e. Nidhi Sharma both are very fast in studies and have passed in 10th class and 12th class with A grades. She says that she had put her acting career aside for her studies.

Do you know that the weight of Doctor Hathi was 256 kilograms at one time? Although that doctor was not of Hathi but of Kavi Kumar Azad ji playing his role. Due to this he also got surgery which is done for people with obesity, so that they feel less hungry and they can reduce their food easily. However, he did not get many benefits from this, and later in the year 2018, he left this world.

Similarly, our favorite character Natu Kaka also left this world in the year 2021 due to a disease. Let us tell you that his illness had become so dangerous because in your days he had forgotten his name too. The makers of the show said that we will never replace anyone else to pay tribute to him.

Oh mother Everyone in India knows this dialogue. The mother who spoke this dialogue has now become a true mother. Yes, Dayaben i.e. Disha Vakani had taken maternity leave from this show in the year 2017 due to her pregnancy. Leave it alone, she never returned to Shaw. To return, he put some conditions that his fee should be increased and he should be called only for 3 hours so that he can take good care of her child. Due to this, she left the show, due to which the popularity of the show had a big difference and was out of the top 10 list.

It is not possible to talk about Anjali's sister-in-law and the picture of healthy eating and diet food does not come to mind. Friends, Anjali Bhabhi, who eats turmeric, told the reason for leaving her husband that she did not like the treatment being done to her on the set. Moreover, Anjali was not getting any response even to increase her payment. So he left the show.