Stars Having Private Planes: These Bollywood stars live a luxurious life, fly in their private jets... 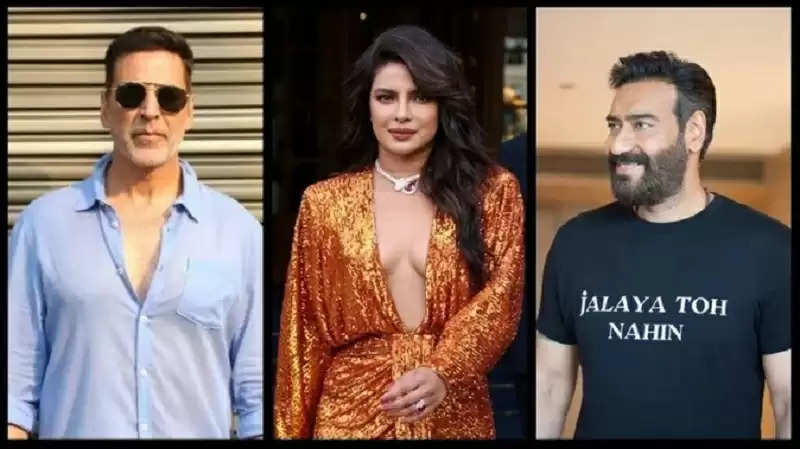 Our film industry is one of the richest industries in the country. Bollywood actors lead a royal life. Their lifestyle includes more than one expensive car, designer clothes, and luxurious houses. Not only this, but they also like to go on expensive trips with their family in the country and abroad and enjoy great parties. Some of our Bollywood stars who live such a luxurious life even have private plane. So today in this report we are telling you about some such stars who have their private plane.

Priyanka Chopra
Priyanka Chopra, popularly known as Desi Girl, has a different identity not only in Bollywood but also in Hollywood. Her fame is not less than any star. In such a situation, how can it happen that Priyanka's name is not included in this list? Actress Priyanka Chopra, who has earned her name in Hollywood, has a private plane of her own, in which she often travels with her husband.

Shilpa Shetty Kundra
Bollywood's fitness queen i.e. actress Shilpa Shetty also has her private plane. Despite being a businessman's husband, Shilpa bought this plane with her own money. In this, she is often seen going on vacation with her family.

Shahrukh Khan
The fans of Bollywood's Badshah i.e. Shahrukh Khan are spread all over the country and abroad. His fan following is so much that people are desperate to get a glimpse of him. The name of Shahrukh, the favorite of so many people, has to be on this list. Shahrukh Khan also owns a private jet. According to reports, the price of this plane is around Rs 350 crore and its interior is like a luxurious house.

Ajay Devgan
Actor Ajay Devgan also has a private jet of his own. The Singham of Bollywood owns a six-seater Hawker 800 private jet. He often uses this jet for his family tour or shooting.

Akshay Kumar
Bollywood's famous actor Akshay Kumar has a private jet worth Rs 260 crore. Mostly Akshay is seen traveling in this plane. This jet plane Kumar, who lives like a normal person, is quite stylish.