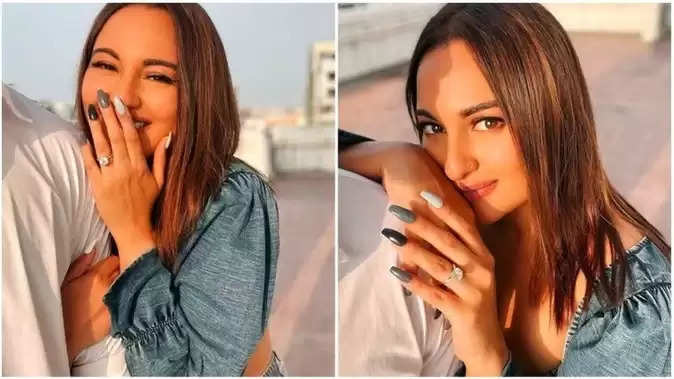 Wedding season is going on, so how can Bollywood miss it. Alia Bhatt and Ranbir Kapoor also got married a few days back. After this news came that South's actress Nayantara and Vignesh are also going to get married. Now another actress is in discussion about her marriage and that is Sonakshi Sinha. Sonakshi Sinha recently posted some of her pictures on social media. In which the ring can be seen in Sonakshi's fingers. After the photos surfaced, it is believed that Sonakshi has got engaged. Sonakshi looks very happy in the pictures. 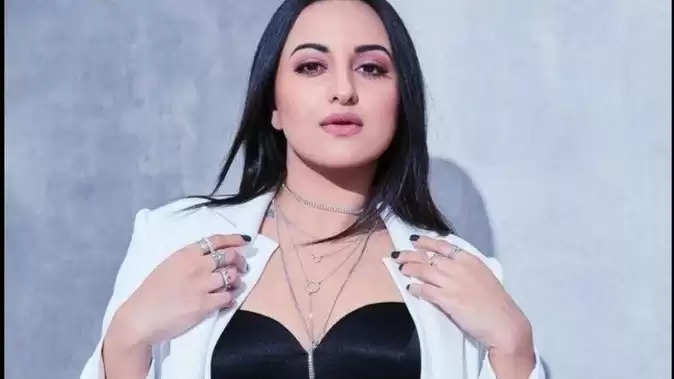 With whom Sonakshi Sinha is engaged, she has not yet disclosed this, because so far Sonakshi has not shown the face of that lucky person. Sharing the pictures, she captioned - Big day for me...one of my biggest dreams coming true...I can't wait to share it with you all. I can't believe it was that easy.

In the pictures, Sonakshi is seen laughing holding the hand of the same person. Fans started congratulating Sonakshi as soon as she posted the picture. Fans are constantly congratulating him and asking who is that person. One person wrote – Congratulations… will see you soon on the big day. While the other wrote - Very beautiful. Another person said - is this your engagement ring ... have you got engaged ... please tell. 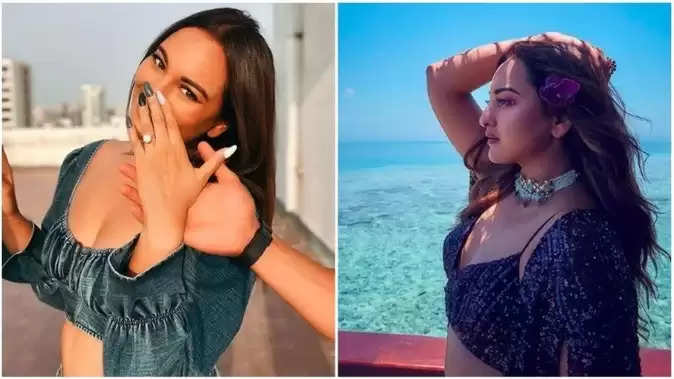