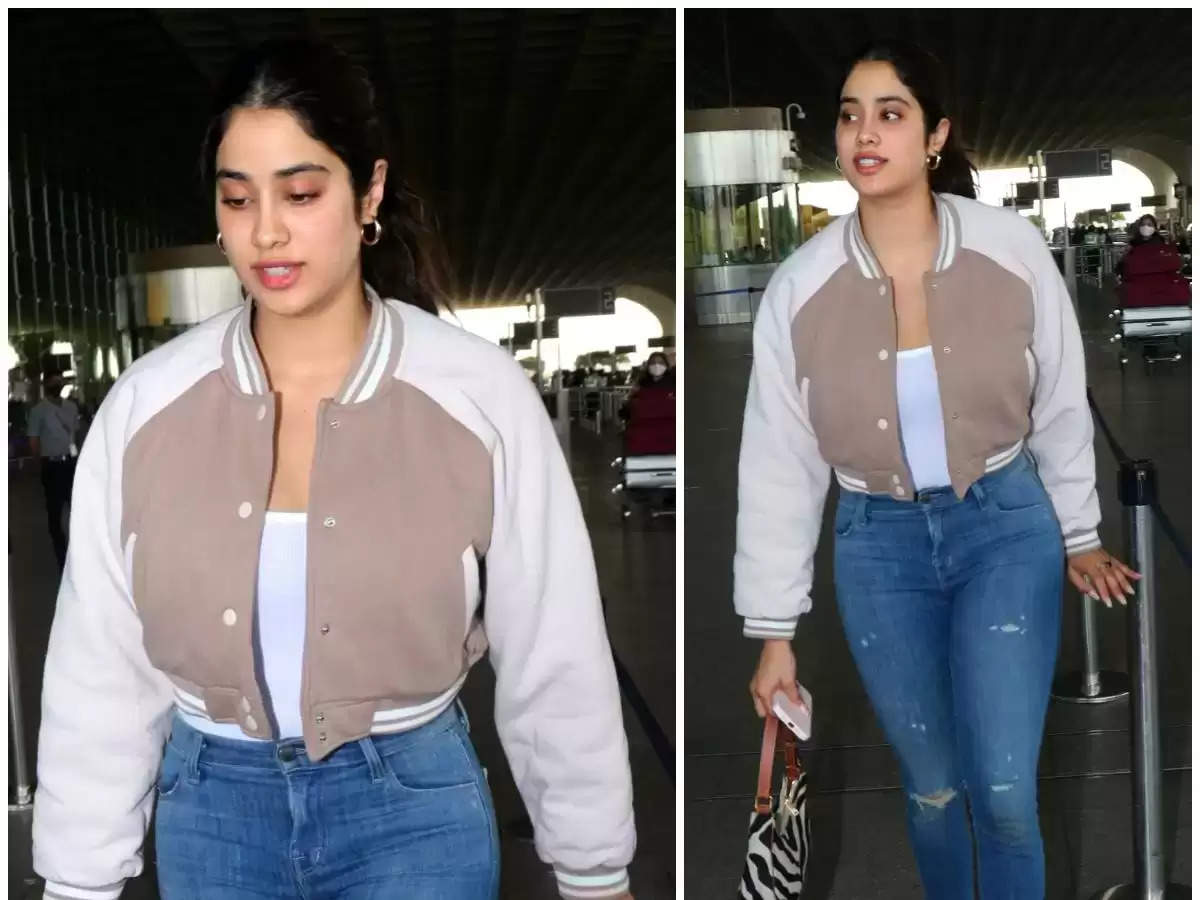 Varun Kapoor and Janhvi Kapoor are making headlines these days for their film. Both the stars have been spotted at the Mumbai airport, whose video is becoming fiercely viral on social media, during which Janhvi Kapoor is looking very beautiful to the fans. The dressing style of the actress is being liked a lot and she is wearing a jacket in summer, due to which she is also being trolled.

Janhvi Kapoor was spotted at the airport.

In the video, you can see that Janhvi Kapoor and Varun Dhawan are seen together at the airport, and Janhvi Kapoor is seen in a black color outfit, the actress is wearing a crop top, which she wore in matching color. Miss Kapoor is also wearing trousers and she is wearing a leather jacket over the top, with open hair complementing her look, Janhvi Kapoor has carried a bag in her hand while Varun Dhawan is beautiful in a gray color sweatshirt and joggers.

As soon as the video of Janhvi Kapoor came out, people started trolling them. One user said, "Wearing a leather jacket in such heat" while another said, "People are dying of heat, and they are wearing jackets".