Russia-Ukraine War: Once again Priyanka Chopra asked for help for the people of Ukraine, took this step 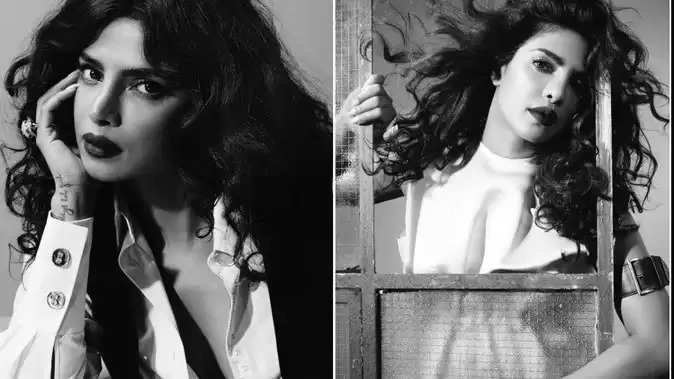 Priyanka Chopra, who has become a global icon, is often in discussions about her professional and personal life. Priyanka is also known for her compassionate nature along with her work, she often steps forward to help people by stepping forward. He has been seen many times in the past, speaking on the Russo-Ukraine war and supporting Ukraine. Currently, she is spending time with her family in New York. But even in this family time, she is not able to forget Ukraine. Recently, Priyanka Chopra shared the story of such a Ukrainian girl on her social media account, seeing that you may also wake up a sense of pity for her in your hearts. 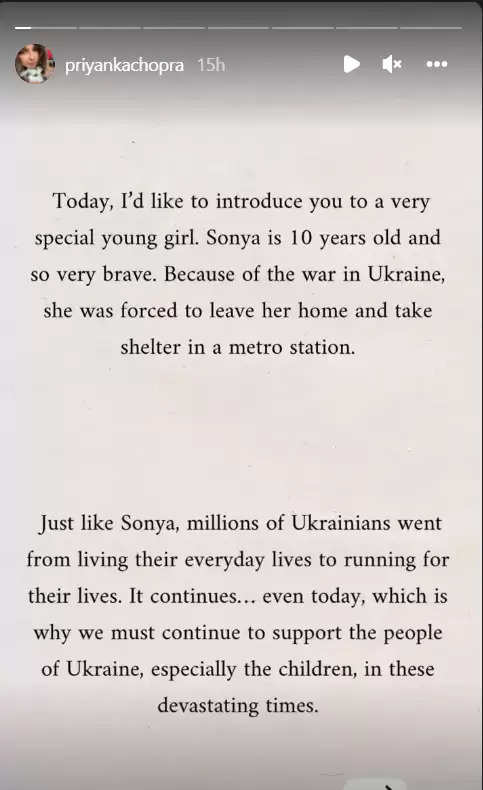 Painful story shown through story
Social media is in the reach of everyone at this time and everyone takes advantage of this. Keeping this in mind, Priyanka often appeals to her fans for the needy through her social media. She has done something similar this time, with the actress taking to her Instagram stories to share the story of a 10-year-old Ukrainian girl who is suddenly grieved by a war. She is telling everyone about her affected life in her stories. Priyanka wrote, "Today I want to introduce you all to a very special girl Sonya, who is just 10 years old. This is a very brave girl who had to leave her home due to the ongoing war in Ukraine. That's why she has to live at the metro station now. Like Sonya, there are millions of Ukrainians who have to give up their good lives and fight for their lives. In time we must continue to support the people of Ukraine, especially the children." 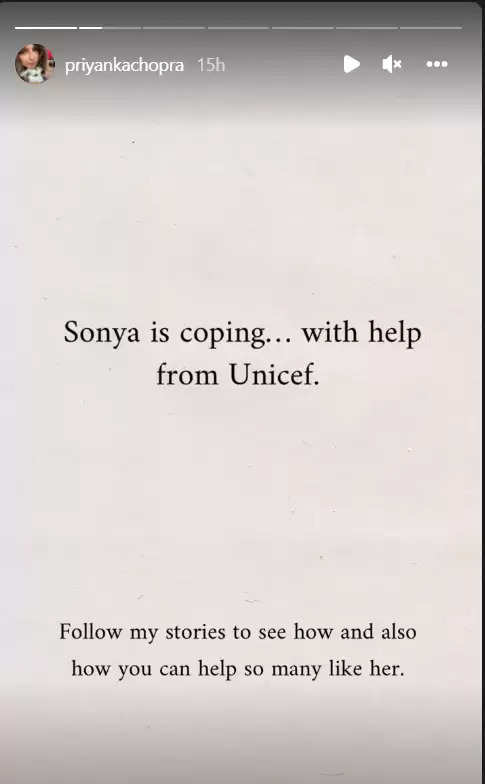 Did not stop living even in the midst of difficulties
In her separate story slide, Priyanka said, "Sonya is now emerging from her circumstances with the help of UNICEF." Further in her stories, she shows Sonya's lifestyle through videos. In this video, Sonya is seen skating along with the rest of the children at the metro station. Then Priyanka shows Sonya and her family how they are living in a train compartment carrying their essentials, including their cat and two dogs. In the next video, Priyanka writes that even after being in the train compartment for weeks, Sonya did not lose herself. She has not forgotten to live her life happily.