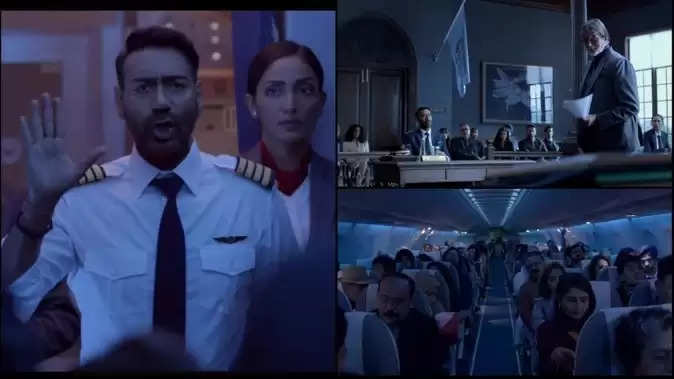 Capable actor try
Ajay Devgan is a capable actor. He dreamed of becoming a director before becoming a hero. And, when he is able to listen to his words, he is trying to become a director again and again. The film 'Runway 34' is his third attempt to become a film director. He understands technology better than most other technicians. They are also seen masters of placing the camera. Ajay also gets good work from other actors. The film 'Runway 34' has two lessons for Ajay Devgn. One, he has to take a story that at first glance does not seem inspired by any English film and secondly if he really wants to be a full time and successful director, then he will have to give up the temptation to act in his own film.

Resemblance to 'Sali' is harmful
The film 'Runway 34', similar to the story of the best actor Tom Hanks' film 'Sully', which released six years ago, is told the story of a plane struggling to land amidst bad weather at an airport in South India. But, after watching the trailer of the film, there was no desire to watch this film in the minds of those who have watched the film 'Sali'. Now being a better actor than Tom Hanks is no easy task. The story of the film 'Runway 34' is also the same. The stubbornness of a pilot and the havoc of the weather. Emotional stories of travelers stuck between the two. And, along with a co-pilot, named deliberately so as to be able to spin.

Difficult to impress audience with script
Based on an already well-known story, the weakest link of the film 'Runway 34' is its screenplay. It is becoming a big mistake for the business of Hindi cinema to underestimate the intelligence of the Hindi audience. Film makers these days also have agencies like 'Ormax' for research, but they do not have script doctors like Hollywood to read the sentiments of the audience. Even the few film companies that hired senior Hindi experts to repair their films, their artificial aura puts such films in further trouble. Ajay Devgan's grip as a producer and director is loosened here.

Amitabh Bachchan's Decreasing Attraction
The formula of the film is completely set in terms of acting. Ajay Devgn has to look shocked, upset and lightheaded. He is the master in this. If you want to show pain on the face, then you should always be twenty one from all the other actors in that too. Ajay Devgan has no match in annoyance, even in running his insistence. As long as the film stays in the plane, it keeps on flying. The film is Dhadam, after it hits the ground. Now the freshness is decreasing in Amitabh Bachchan's acting. His acting charm is also losing its luster due to excessive emphasis on his voice. He performs miracles whenever he comes on screen naturally and is caught when he comes in front of the camera after excessive rehearsals. A strong actor like Boman Irani has not been used properly in the film. Rakul Preet showed the beauty of her part where needed. 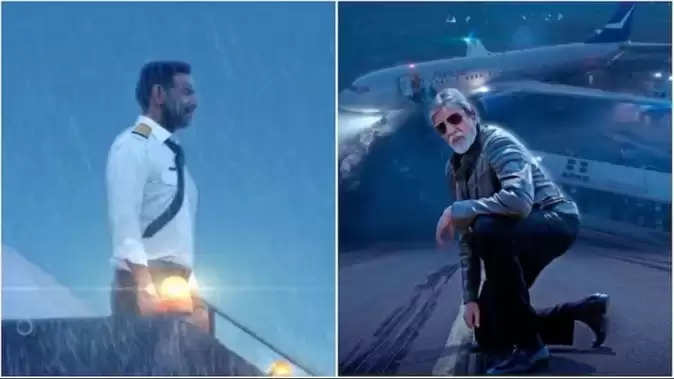 Dark film on eid
The film 'Runway 34' has been made as an intelligent film. Repeated attempts are also made to express this in the lines of debate. The film is technically very strong. This is also a great show reel of Ajay Devgan's company NY VFXwala to show technical proficiency, but is it also a show reel of Ajay Devgan's 100 percent potential as a producer and director? Ajay Devgan will have to find the answer himself. Usually, on the occasion of Eid, such films are liked, in which there is talk of life, colors of life, it is a matter of enthusiasm and courage. The film 'Runway 34' looks quite a dark film in this respect.