Bollywood actor Ajay Devgan is making headlines for his film 'Runway 34'. Apart from acting in the film, he has also directed the film. Now he has also become a rapper for the promotion of the film. He has composed a rap for the film along with Yash Raj Mukhte who composed the song from the dialogue 'Rasode Mein Kaun Tha'. Its name is 'Jalaya To Nahi Na' and Ajay's dialogues will also be seen in it.

Sharing a video on his Instagram account, Yash Raj Mukhte wrote that it was very funny. Ajay Devgan sir is rapping for the first time in a track made by me. Isn't this mind blowing? 'Runway 34' is releasing in theaters on April 29. Fans are very fond of this video of Yash Raj. 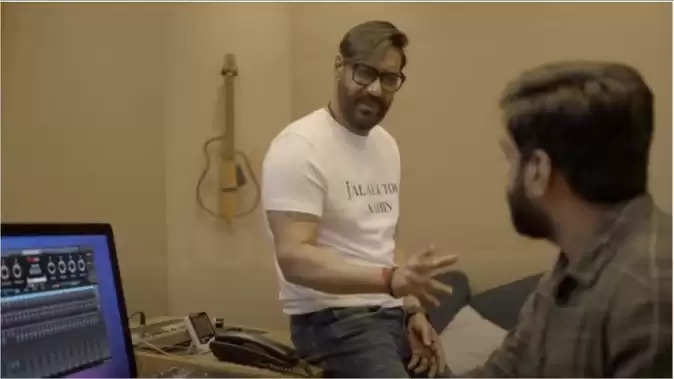 In the video, Ajay Devgn asks Yash Raj to compose a track for 'Runway 34'. On this Yash Raj says that it is okay sir, we will take dialogues in it and people will make reels on it. On this Ajay says that this is a thriller film, so do as I am saying. Yash Raj composes a song on this and uses Ajay Devgan's 'Jalaya To Nahi Na' dialogue in it. In this, this swag filled style of Ajay Devgan is being liked by the people.