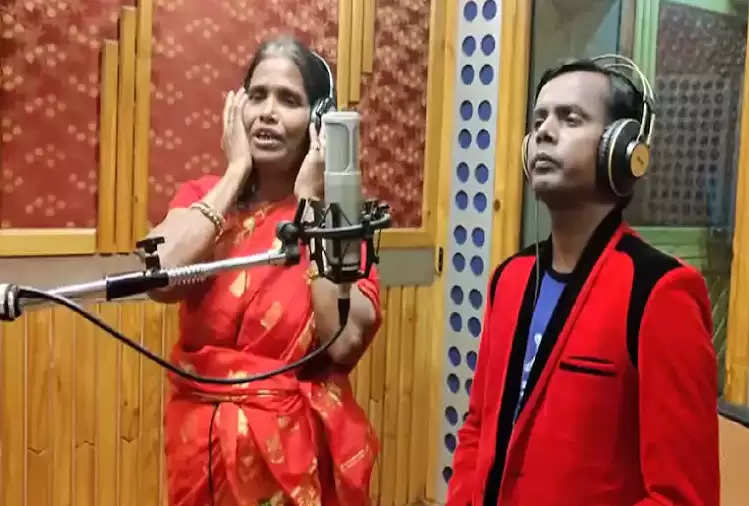 You must have heard a few months back that internet sensation Ranu Mandal is all set to collaborate with Bangladeshi superstar Hero Alom. Well, we are going to share with you the video of the recording session of his song Tumi Chara Ami. Hero Alom, a popular figure in Bangladesh, had announced their collaboration in November last year through his Facebook handle. On April 10, Alom shared a video on YouTube of them recording their first song together.

In the video now going viral, both Ranu Mandal and Hero Alom can be seen recording their song in the recording studio. The two then engage in a short QnA session and Ranu answers a few questions. The video has got more than 3 lakh views.

Her impeccable singing skills were appreciated by all. Ranu Mandal was also invited to appear on a singing reality show where Himesh Reshammiya requested her to sing for his film Happy Hardy and Heer.