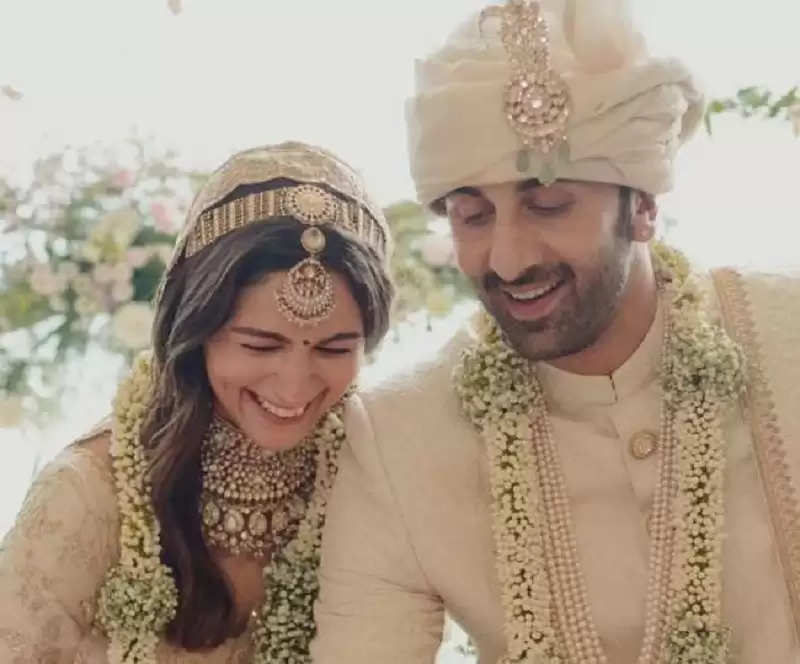 Ranbir Kapoor Alia Bhatt Wedding Reception This intimate yet special function will see only close friends and family members of the Kapoor and Bhatt families. Earlier this party was going to be held at Taj Hotel but the venue was changed at the last moment.

Alia Bhatt has now become Mrs. Kapoor. Ranbir Kapoor and Alia Bhatt tied the knot on April 14 amidst their family and friends. There was excitement in the whole country regarding their marriage. Wedding photos and videos became fiercely viral on social media. , But Ranbir-Alia's party is not over yet. Recently news came that this couple is giving a wedding reception party today.

According to the reports of ETimes, only close friends and family members of the Kapoor and Bhatt clan will be seen in this intimate but special function. Keeping in mind their private wedding ceremony, the evening will only be attended by close friends of Ranbir and Alia, a few friends from the industry, and family members. But Alia Ranbir kept her marriage a secret, it is difficult to tell what is the actual date of the reception.

Let us tell you that earlier, there were speculations that Ranbir-Alia might host a grand ceremony at the Taj Hotel in Colaba. Then there were also rumors that the couple might be planning a function at Taj Lands End in Bandra, but now the plan has been canceled. Instead, Ranbir, Alia, and the Kapoor and Bhatt family will hold a private function where close friends and relatives will celebrate the two coming together.

Let us tell you that earlier, according to a report in the Times of India, Neetu Kapoor was asked about Ranbir-Alia's wedding reception during the conversation, she said, 'You all be happy and happy to Alia and Ranbir...All the best to them. say. Everything is done... now you all sleep peacefully.' Let us tell you that till now there were reports that Ranbir Alia's wedding reception will be held on 16 April.