Rakhi Sawant's husband Adil took a U-turn, shared wedding photos, and said- 'I never said that I am not married'! 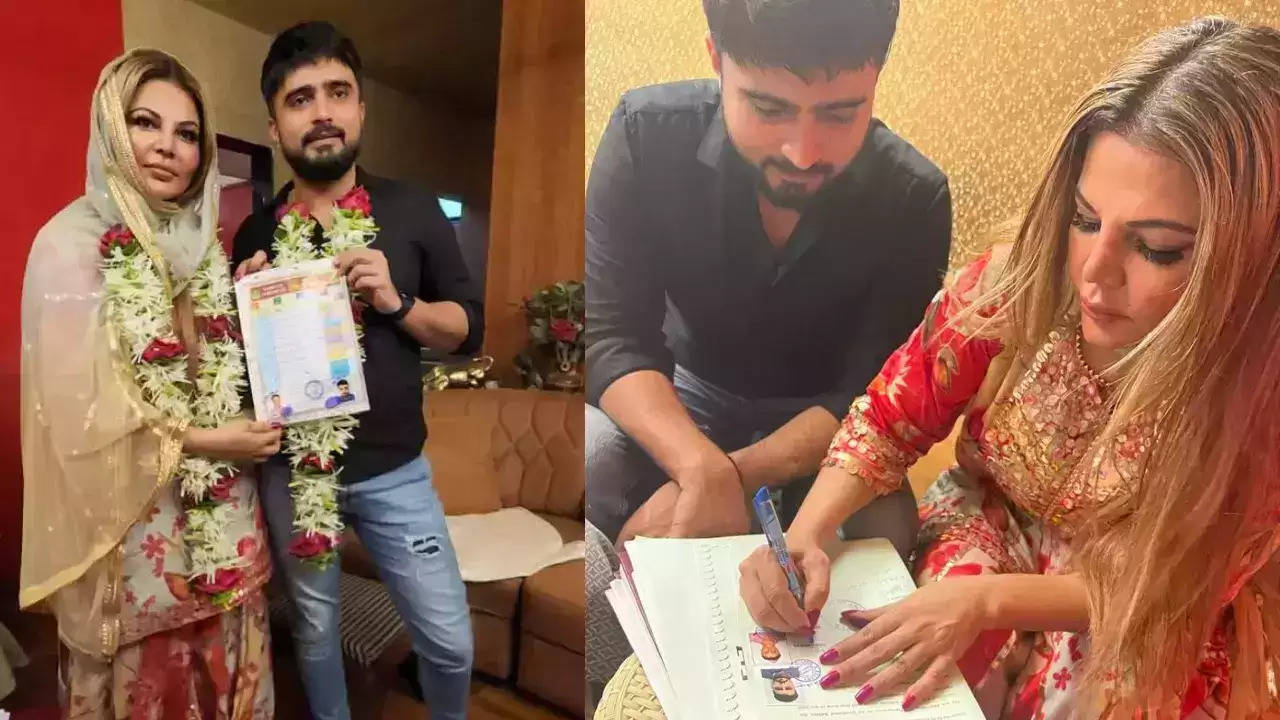 The drama of Rakhi Sawant's alleged marriage is not taking its name to an end. Sometime back, Rakhi had confirmed that she had married her boyfriend Adil Durrani, and had kept the marriage a secret only on Adil's insistence as he did not want the matter to be revealed to the world. Now, Adil has not only accepted that he is married to Rakhi but also said that he has never denied this marriage.

Adil shared a picture of himself and Rakhi after the wedding on Instagram on Monday morning, where both of them were wearing garlands. He wrote together, 'So here is the final announcement, I never said that I did not marry you, Rakhi. Just had to take care of some things so had to keep calm, Happy married life Rakhi (Pappudi) to us.” Commenting on the picture, Rakhi wrote, "Thanks dear, lots of love."

The drama started last week. On Tuesday, pictures surfaced of Rakhi Sawant and Adil at a registrar's office and holding the marriage certificate. The next day, a report in Telly Chakkar stated that Aadil had denied marrying Rakhi. Hours later, Rakhi shared pictures from the wedding and said that she is indeed married.

On Saturday night, a paparazzi account shared a video of Rakhi telling her that her mother is hospitalized and she doesn't know how to handle it all. Rakhi told the media that her mother is not able to recognize her due to a brain tumor.

Rakhi's lawyer also accused Adil of cheating his client. Speaking to Telly Masala, he said, "As far as I know, Aadil cheated on Rakhi when she was inside the Bigg Boss house. After this, they had a conversation as Rakhi felt that this is the right time to reveal that they are married. Rakhi was last seen in Bigg Boss Marathi, which ended recently.