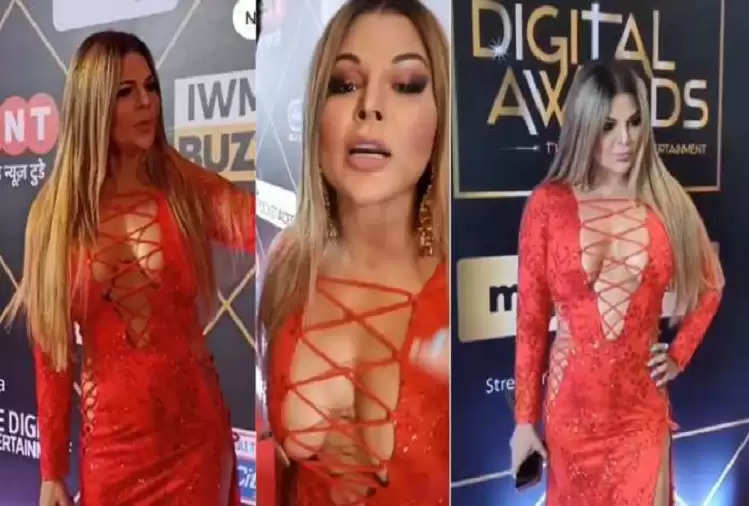 Rakhi Sawant is always in news for some reason or the other. Every day, she is spotted at some point in the city and the paparazzi enjoys capturing her crazy antics. Now Rakhi dares to compare the covid booster shot with Viagra.

Yesterday, Rakhi was spotted at the airport and as soon as she reached there, Rakhi started creating a ruckus. Rakhi said that she is feeling hot with the booster, and thus she is leaving Mumbai to meet her boyfriend Adil Durrani. Rakhi further said, "I have a bad condition... a strange feeling is coming... I think it is Viagra... I haven't slept for 2 nights. I don't know what will happen to Adil. "

As soon as the video surfaced, netizens trolled her fiercely for her behavior. One user insisted, “Booster se bhi koi charge hai kya,” Another user said, “Who was there before Adil.” One of the users insisted, "Stop spreading nonsensical fake news about vaccines and boosters." One netizen said, "It's an everlasting cry." Another netizen said, "I think you should get married, everything will be fine after that the body will not ask for anything."

In a recent interview with Bollywood, Rakhi Sawant discussed her divorce from Ritesh Shah and the pain that followed. She revealed that she would never forgive her ex-husband, Riteish, which she did to her mother, left the actress's mother in the hospital while she was in the Bigg Boss house, and failed to take care of her or pay her."