Rakhi Sawant slipped while posing, this is how her boyfriend Adil Khan Durrani handled her! 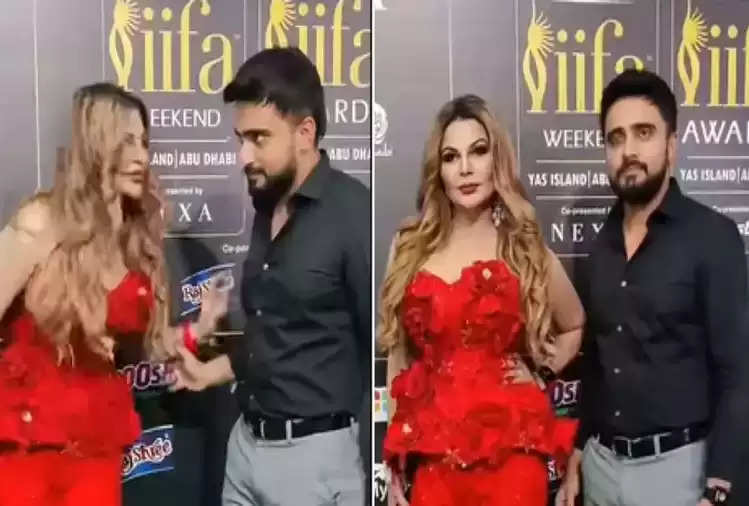 Rakhi Sawant has been in the news ever since she introduced her new boyfriend Adil Khan Durrani. The actress revealed that her new boyfriend had gifted her a BMW car and even took an apartment in her name in Dubai. She had recently returned from Dubai with Adil. 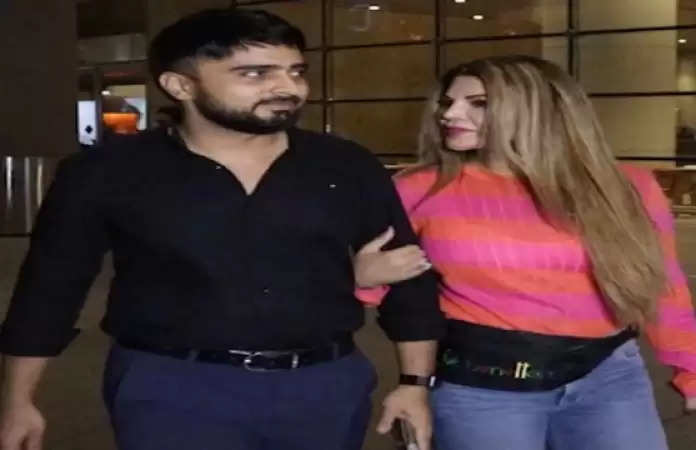 Now, she has left for Abu Dhabi with him to attend the IIFA Awards 2022. As per reports, Rakhi will perform at IIFA with her boyfriend Adil. Now a video has gone viral in which Rakhi is seen posing during the IIFA Awards event.

She loses her balance as she calls her boyfriend for a picture. Adil holds Rakhi beautifully and saves her from falling down. Rakhi is seen in a beautiful red dress while Aadil is looking beautiful in a black colored shirt and light brown pants.

Earlier, in an interview with ETimes, Adil revealed that he is based in Bangalore and plans to start a dance academy in Mumbai with Rakhi. Rakhi was asked if Adil is happy with her work in Bollywood and TV. Rakhi said, "He never told me that I should give up my work. But there are some things.

Rakhi had also confirmed that she is staying with Adil in Mumbai. He said, "Yes, Adil and I are together and live together. Adil may soon shift to Mumbai. After the Dubai trip, we started living together."