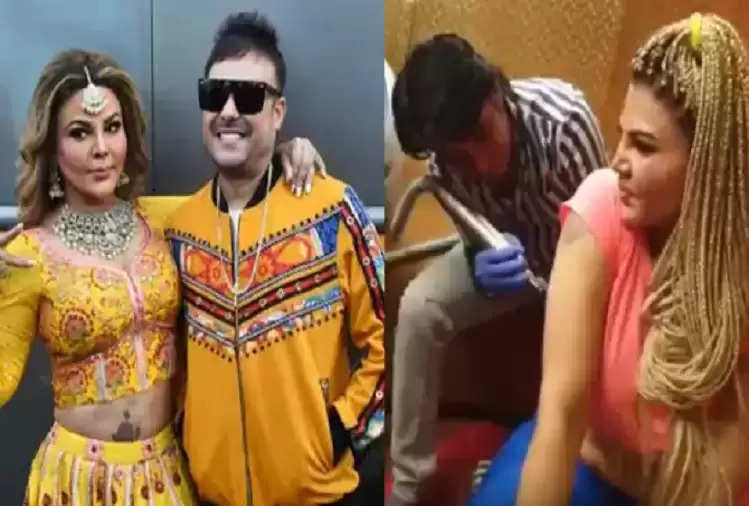 Item girl Rakhi Sawant is always in the news due to her controversial statements or due to her antics. The actress has a huge fanbase, who loves her. She surprised everyone when she appeared in Bigg Boss 15 with her husband Ritesh. But soon the news of their separation came out. Now Rakhi has shared a painful video of Ritesh removing tattoo from her back.

The couple had not registered their marriage so netizens were questioning their relationship and calling it 'fake'. However, on February 13, 2022, Rakhi Sawant announced her separation from her alleged husband Ritesh on her IG.

A few hours ago, Rakhi Sawant shared a video from a tattoo parlor on her IG handle. In the video, Rakhi shows off her back, which has Riteish's name tattooed along with a heart emoticon. Then, the actress asked the tattoo artist to remove it permanently. After which Rakhi was seen crying in pain and saying, "Three years of marriage. Ritesh, you are now permanently out of my life and my body. Watch the video!

Earlier on March 2, 2022, husband Ritesh, who separated from Rakhi, had posted a picture of her on his IG handle and threatened her. In the post, Riteish had warned Rakhi to never accompany her on any reality show again, otherwise it would make her life difficult.

However, Riteish was trolled fiercely by netizens for using Rakhi Sawant's pictures to gain publicity. Not only this! Even Rakhi herself had commented on his post and asked him to stop his 'drama' and warned him against using his pictures.