Raju's political journey: He returned to the BJP after returning the SP ticket and became a 'minister' without contesting elections 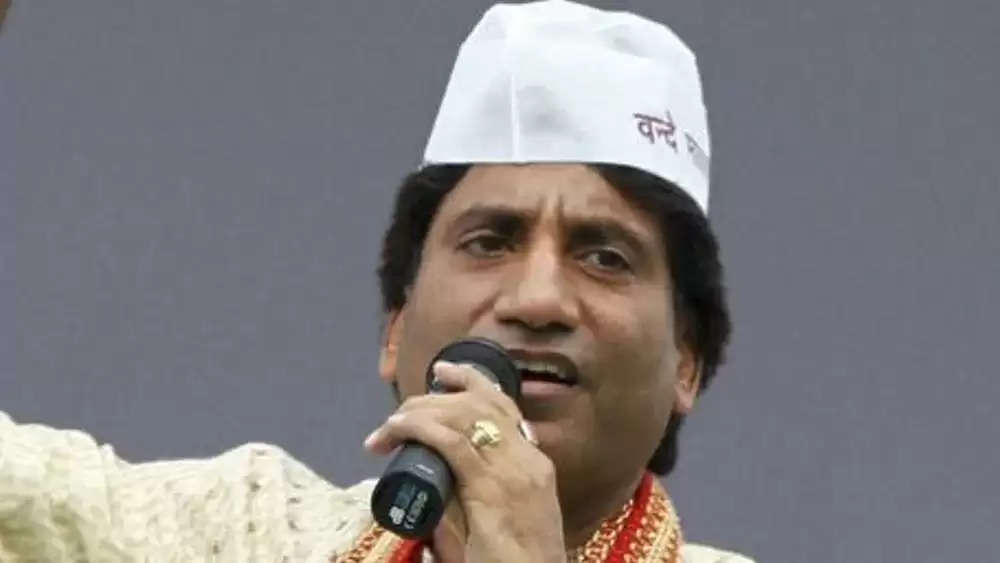 Comedian Raju Srivastava, who is called Comedy King, is no more. A few days ago, he was admitted to AIIMS after suffering a heart attack in Delhi's gym. Raju Srivastava, made people laugh, not only in the entertainment world but also associated with politics. In 2012, he started his political journey by joining the Samajwadi Party.

In the year 2014, the party gave him a ticket for the Lok Sabha elections from Kanpur in Uttar Pradesh, but Raju decided not to contest the election and returned the ticket.

Raju Srivastava, who impressed people with his comedy, had some complaints after joining the SP. During the conversation with BCC, he shared many things. On why he returned the SP ticket for the Lok Sabha elections, he said, 'I have seen lack of discipline in the Kanpur unit of SP. Every person there considers himself a leader. Whatever Mulayam Ji tells us to do, the opposite happens there. There was such an atmosphere that I felt that it would be better to fight the election from my party. It's not that I didn't complain. He conveyed his point to Akhilesh and Mulayam Ji, but no one took any action. If he was too busy, I felt that I was being ignored, so returned the party membership along with the ticket.

Then why did you enter politics?

After a long struggle in the field of comedy, what was the situation that had to come into politics, on the answer to this question, he said that I have faced many difficulties in life. I have seen the struggle. Sister's marriage broke up due to non-receipt of dowry. Brother lost his job for not paying the bribe. After making a career in politics, I want to help people. This is what brought me into politics.

Separation from SP and attachment to BJP

Raju Srivastava joined the BJP in 2014 after parting ways with the SP. The reason for this was Narendra Modi. What did he see in the BJP that he became a part of the party, on this, he said that Narendra Modi. I was impressed by them. Only Narendra Modi has the power to take big decisions related to the country.

In Raju's speech, along with the development of the country, there was a tinge of comedy. He also did not hesitate to pull the leaders of the opposition parties Rahul Gandhi and Arvind Kejriwal in his special style. Even after joining the BJP, he pulled up everyone from PM Modi's 56 chests to Kejriwal's muffler.

Prime Minister Narendra Modi also nominated Raju Srivastava as the brand ambassador for the Swachh Bharat Abhiyan. After becoming a part of the campaign, he went to many cities in the country and promoted the cleanliness campaign. Apart from this, appealed to the people of the country to keep cleanliness for many videos and songs. Not only this, but the party also made Raju Srivastava a star campaigner.

After the formation of Yogi Adityanath's government in Uttar Pradesh, he was appointed as the chairman of the Uttar Pradesh Film Development Council. Due to this, he got the status of a cabinet minister. For a long time, he remained in the discussion because of this. He talked about being a part of this project to promote the production of films in Uttar Pradesh.