Priyanka Chopra celebrated her 40th birthday in a grand way, and she has yet another reason to do so- Malti Mary Chopra Jonas. It is the actress' first birthday with her daughter and the actress has cherished every moment of the celebration. In a series of new pictures shared by Chopra's friend Tamannaah Dutt, we get a glimpse of PC's grand birthday, and Malti is also seen in the photos. 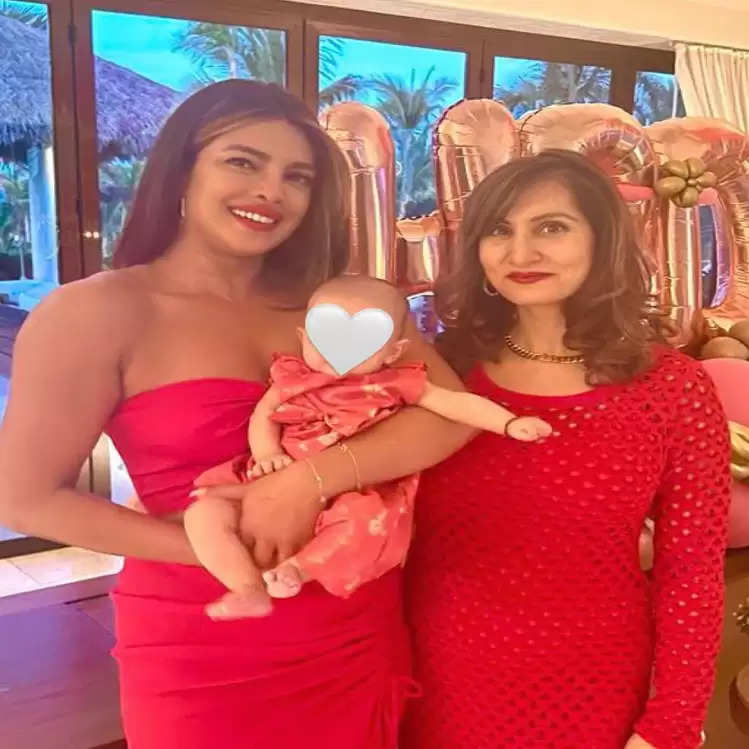 Dutt posted a series in which she is posing with the birthday girl and Malti. However, Tamannaah edited Malti's face with a heart emoji. In another photo, Chopra is posing with her friend and son.

Tamannaah shared the post with a caption that read, "Happy Birthday to our golden girl with a heart of gold. How wonderful to celebrate your birthday first as single girls and now with your beautiful family." Yes. Lots of love to you."

Later Priyanka, her husband Nick, and Malti accompanied their friend Tamana Dutt for a special brunch. Dutt's husband shared a video from their dinner, in which Priyanka is seen shaking hands with Jonas. On the work front, Priyanka will soon be seen in the Citadel series.