Photos Of The Day: From Shahnaz's fun in the soil to Aamna's killer look in a short dress, read today's celebrity update... 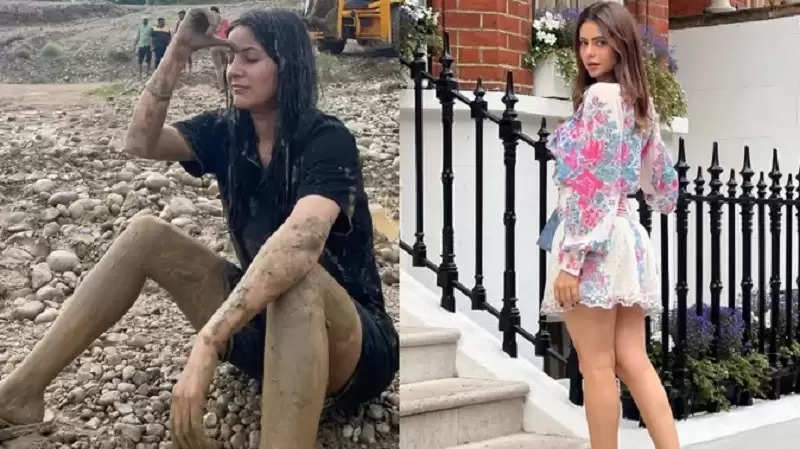 Social media has become a very important part of everyone's life these days. In such a situation, it is a great medium to know about your favorite stars. All the stars associated with the entertainment world keep sharing updates of every moment with the fans. Some star is busy promoting their film, while some were seen doing workouts. So let's know today's celebrity update through pictures.

Janhvi Kapoor
These days Janhvi Kapoor, who is promoting her film 'Good Luck Jerry' on social media in full swing, is constantly sharing her pictures on Instagram. Janhvi's desi style is being seen in the latest pictures. Wearing a yellow-colored suit, bracelets in her hands, and beautiful earrings in her ears, Janhvi is winning everyone's heart.

Tejashwi Prakash
'Bigg Boss 15' winner Tejashwi Prakash makes headlines for her personal life more than her work. Tejasswi, who always shares pictures and videos on her Insta, has shared some of her photos on social media even today. Recently, Tejashwi has shared photos wearing a traditional saree. Her bold style is also seen in the desi look. She has also given a glamorous touch to this look by wearing a black blouse.

Rani Chatterjee
Rani Chatterjee, the queen of the Bhojpuri industry, also keeps sharing something or the other with her fans. Today she has shared a picture of herself with the camera, in which she is seen wearing a black-colored ghagra choli. Rani Chatterjee looks no less than a 'queen' in a tika and shimmery black lehenga on her forehead.

Mrinal Thakur
These days, Mrinal, who has made headlines for herself in the South with the film 'Sita Ramam', is also very active on social media. Today the actress has made her fans crazy by sharing pictures in a traditional look. Mrunal is making everyone's heartbeat with a black bindi on her forehead and a cute smile. She is looking beautiful in a brown colored Anarkali suit.