Photos: Gulzar reached to meet Sarod maestro Ustad Amjad Ali Khan, people were thrilled to see the meeting of the stars on the ground 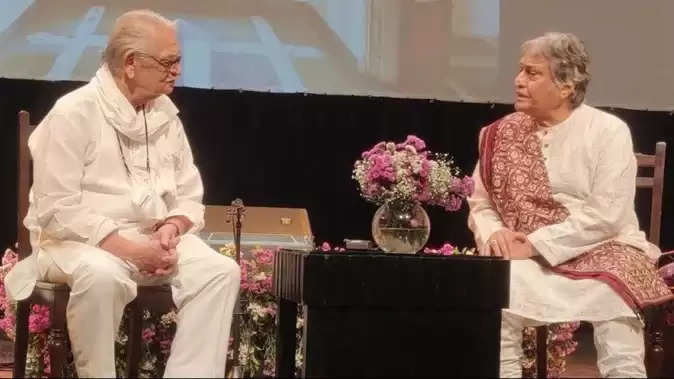 Sunday morning in Mumbai became more memorable when two very bright stars came together on the same stage. These stars are Ustad Amjad Ali Khan and Gulzar. Amjad Ali Khan performed the 'Morning Raga' concert at the Royal Opera House here and his very special Oscar-winning filmmaker Gulzar came to share his memories of 'Sarod Ghar' in this concert. When both of them rose together on the stage, it was as if the light of the east spread in this city of the west. 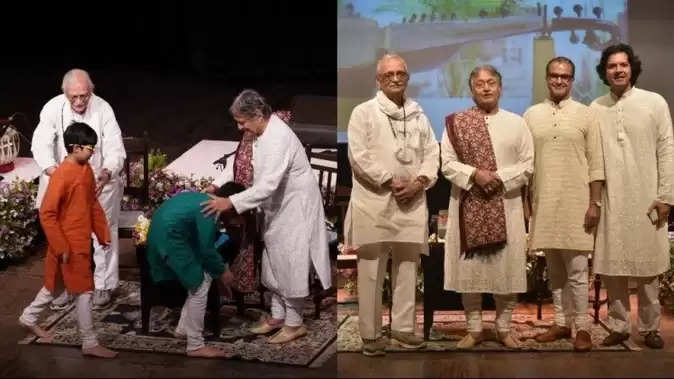 Ustad Amjad Ali Khan's concert performed at the Royal Opera House has been done for the maintenance of his music museum named Sarod Ghar in Gwalior. He has named his father's house in Gwalior as Sarod Ghar. Amjad Ali Khan Sahab was also born here. It was here that he took training in classical music from his father and before becoming a master of which he himself became a capable disciple.

Ustad Amjad Ali Khan showed such amazing things of this Sarod Ghar in concert which is no less than witnessing any history to see. All such documents, all such pictures were also shown during the Morning Raga concert. Gulzar, who was at the Morning Raga concert, shared his experiences about the musical heritage Sarod Ghar. Gulzar has already made documentary films on Ustad Amjad Ali Khan Sahab and Sarod Ghar. 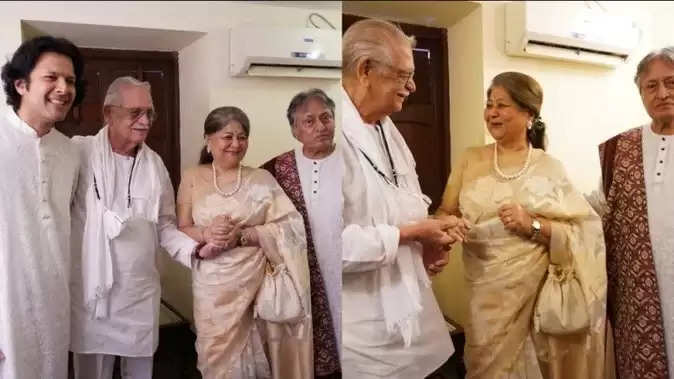