Photos: Audi Q7, worth one crore added to Aditi Rao Hydari's car collection, worshiped the car in the showroom itself 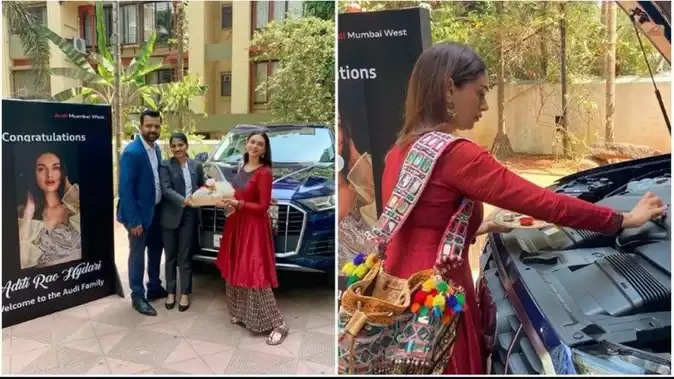 Bollywood actress Aditi Rao Hydari has not been seen in films for a long time, but through social media, she dominates her fans. Recently, a picture of Aditi worshiping the car outside the car showroom is going viral. Actually one more car has been added to Aditi Rao Hydari's car collection. Aditi recently bought an Audi Q7 vehicle worth more than Rs 1 crore. Its pictures are going viral on social media. 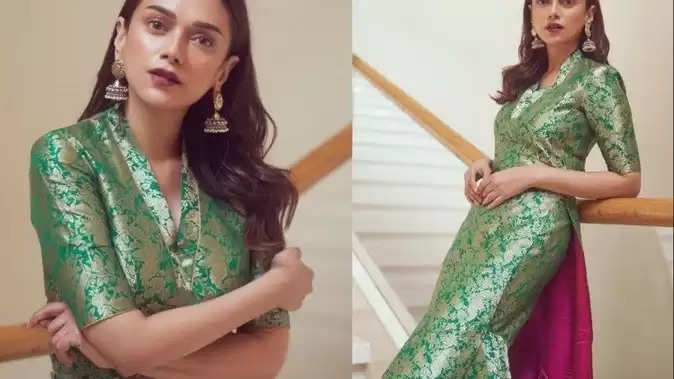 Aditi Rao Hydari has shared pictures of her taking her car keys from a car showroom in Mumbai and worshiping the vehicle on her Instagram account. In the first picture, he can be seen taking gifts from two car showroom employees in front of his blue car. Aditi had a picture of herself nearby, which read 'Welcome to the Audi family', congratulating the actress.

In the second picture, she is seen worshiping the car in traditional wear. In the third picture, the vehicle is covered with a red cover and Aditi is being congratulated. In the pictures, Aditi is looking very beautiful in a red suit. Let us tell you that the love of Bollywood celebs for this car is increasing for the last several months. A few days ago Shanaya Kapoor, Tejashwi Prakash and Athiya Shetty, Hrithik Roshan, Siddharth Malhotra have also bought this vehicle. 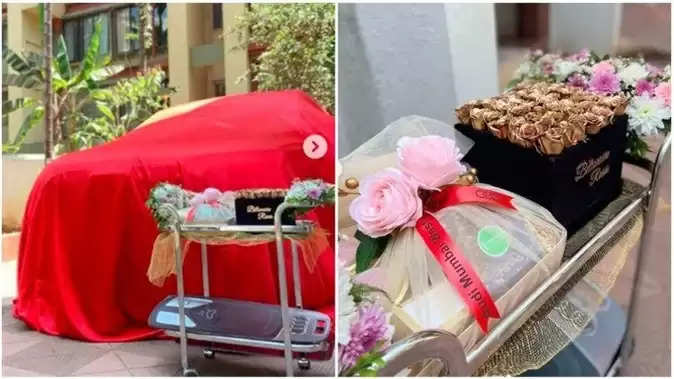 Talking about Aditi Rao Hydari's workfront, she was recently seen in the Tamil film 'Sinamika'. Apart from Aditi, the film also stars Dulquer Salmaan and Kajal Aggarwal in the lead roles. After films, now she is going to debut in web series. Aditi will soon be seen in the 'Jubilee' series on Amazon Prime Video. Along with Aditi, it will also feature Prashant Chatterjee, Aparshakti Khurana and Vamika Gabi.