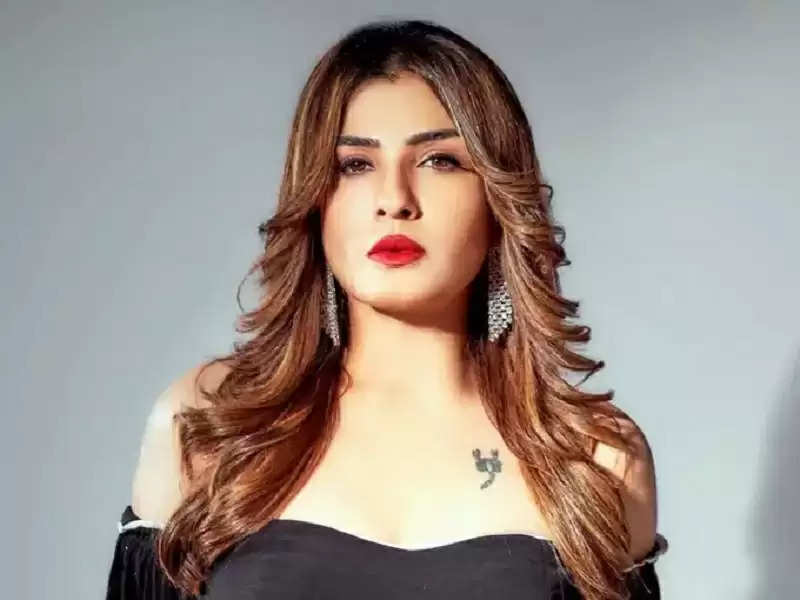 Actress Raveena Tandon is one of those beauties whose style blows the senses of even young girls. This 90s actress has kept herself so fit even today, in front of which the fashion of the rest of the beauties fades. Raveena's social media is full of her stylish style and something similar was also seen in some of her recent photoshoots, in which she looked very gorgeous. 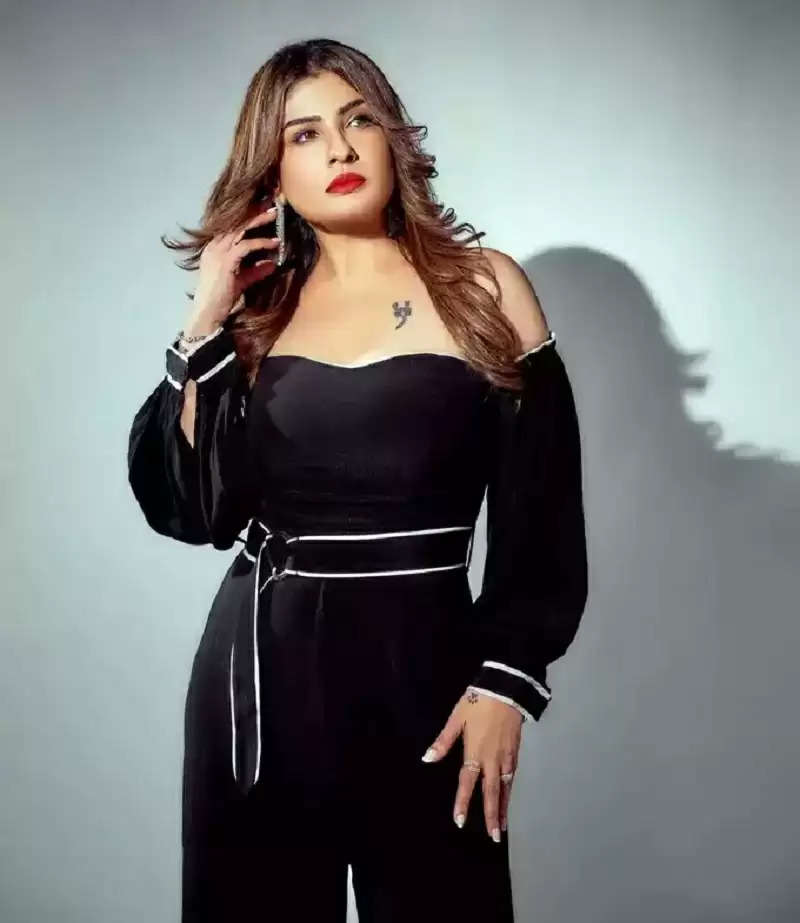 Raveena has shared her pictures in a black color jumpsuit, which she picked up from the clothing label Style Island. Velvet fabric was used to make this outfit. 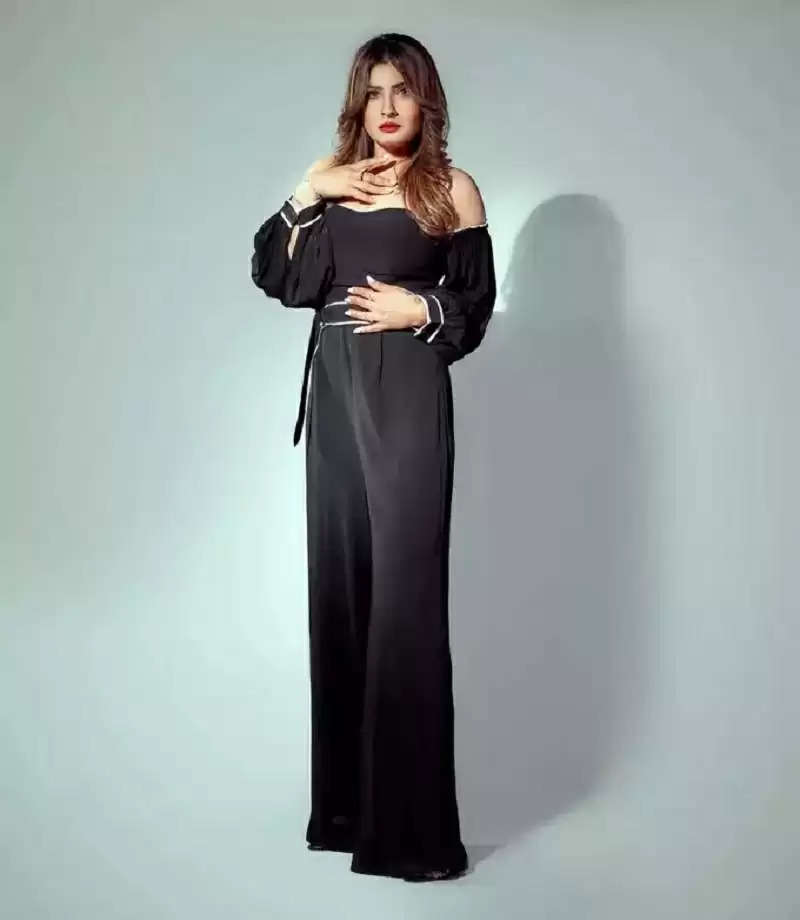 The pattern of this jumpsuit by Raveena was off-shoulder, whose upper portion was in a corset style. At the same time, full dramatic sleeves were given in it, in which the thin white strip on the edge looked very nice. 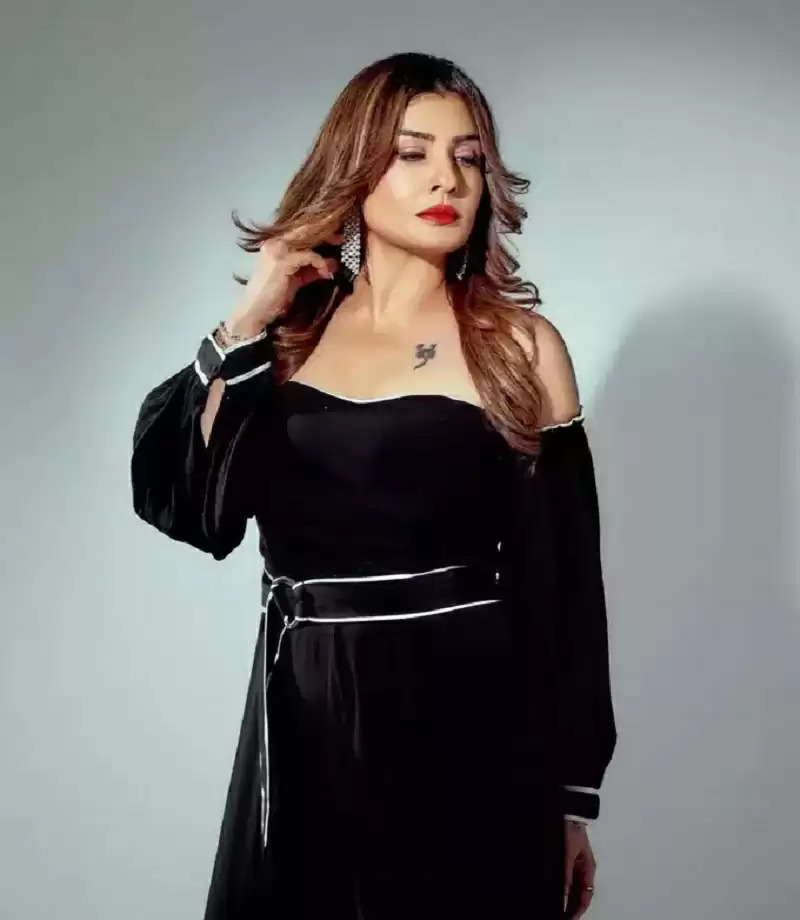 A matching belt was given in this jumpsuit of Hasina, which was highlighting her curves. At the same time, the wide-leg trousers were working to show her tall height. Completing her look, Raveena did silver studs earrings and heavy makeup. 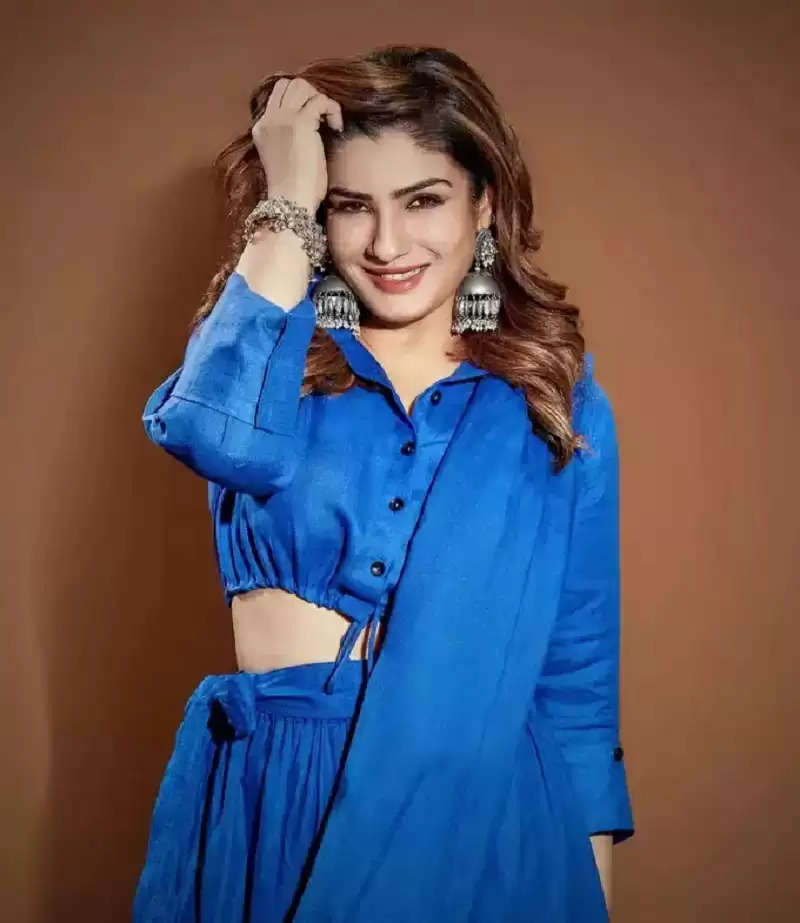 Earlier, Raveena shared her ravishing pictures in this blue color co-ord set, which she picked up from fashion label Chola. In which crop shirt was paired with dhoti style bottoms.