Photo Gallery: Kajol stuns at the airport in a stylish look and looked protective for her mother Tanuja... 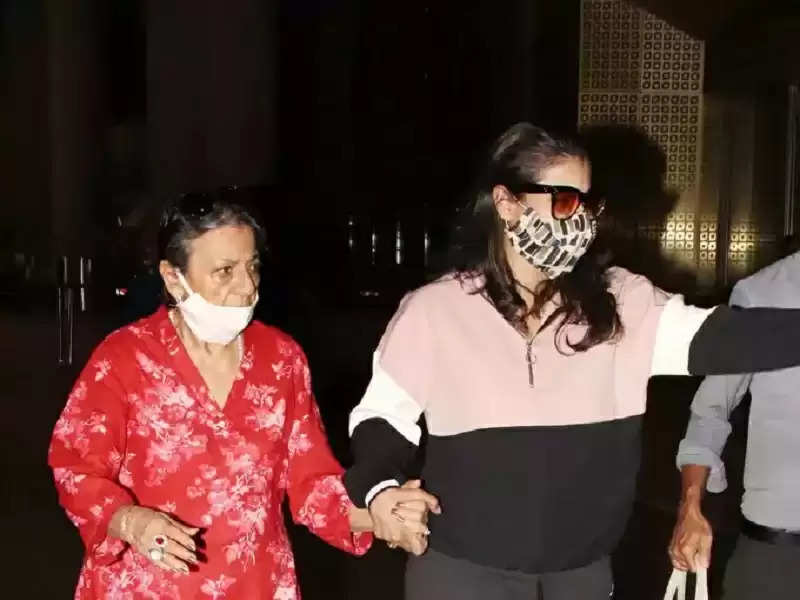 Kajol deserves to get 100 marks out of 100 not only in acting but also as a daughter. The proof of this was again seen when Kajol, dressed in athleisure clothes, appeared at the airport with her 78-year-old mother Tanuja. 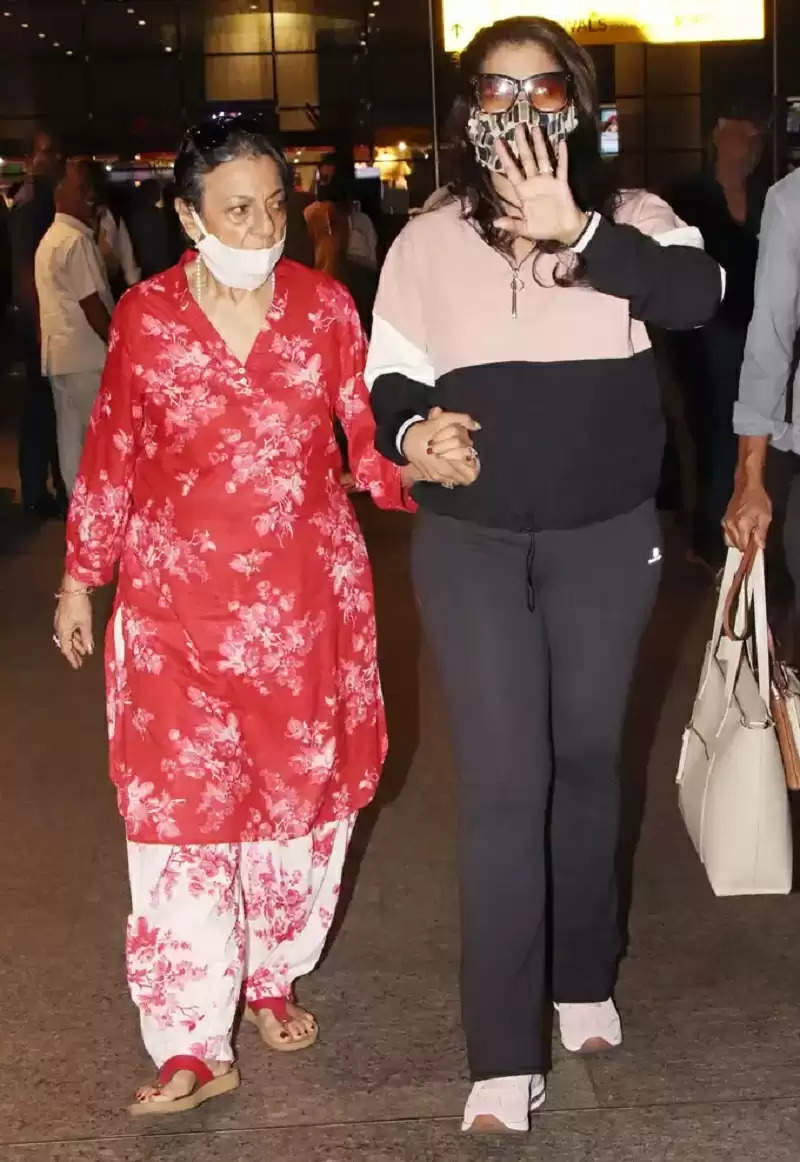 The simple yet stylish look of these star mother and daughter was seen at the airport. Both were wearing very comfortable clothes. 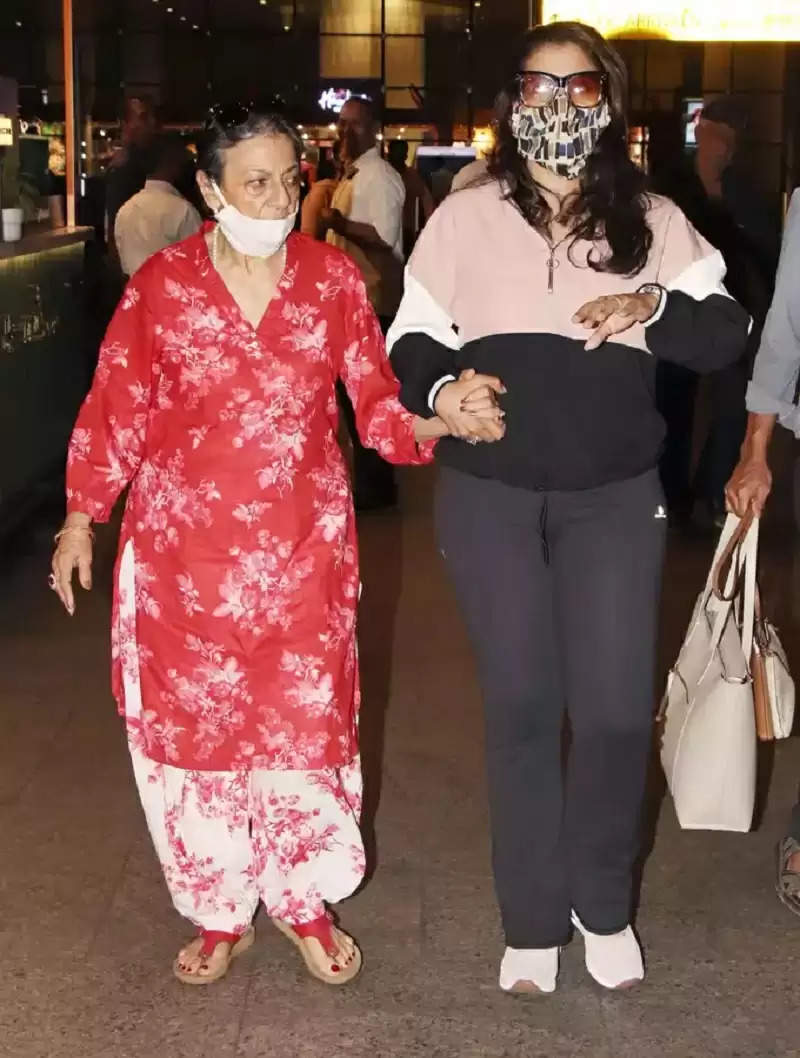 Tanuja was wearing a cotton red-colored kurta, which had a white color overall print on it. At the same time, it was accompanied by a white salwar and a red floral print could be seen on it. 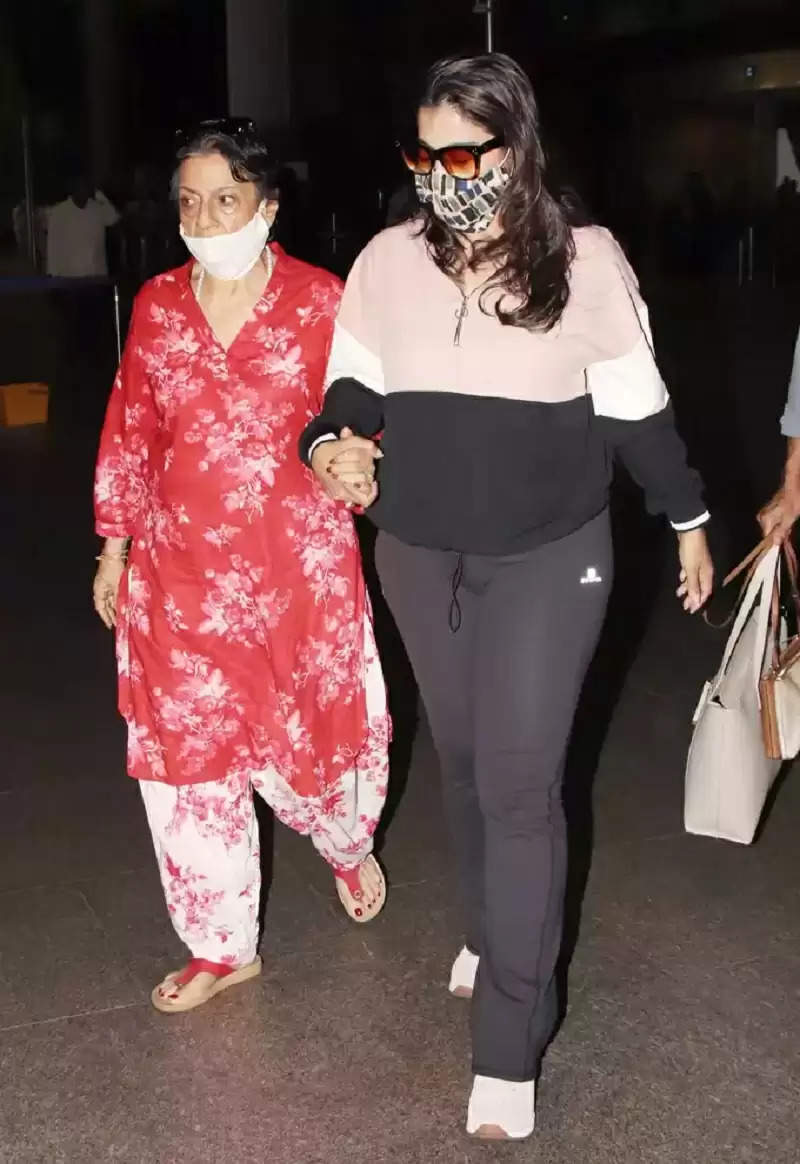 Kajol was wearing stretchable bottoms and a color-block sweatshirt over them. These clothes were stylish on one hand but were also amazing in terms of comfort. 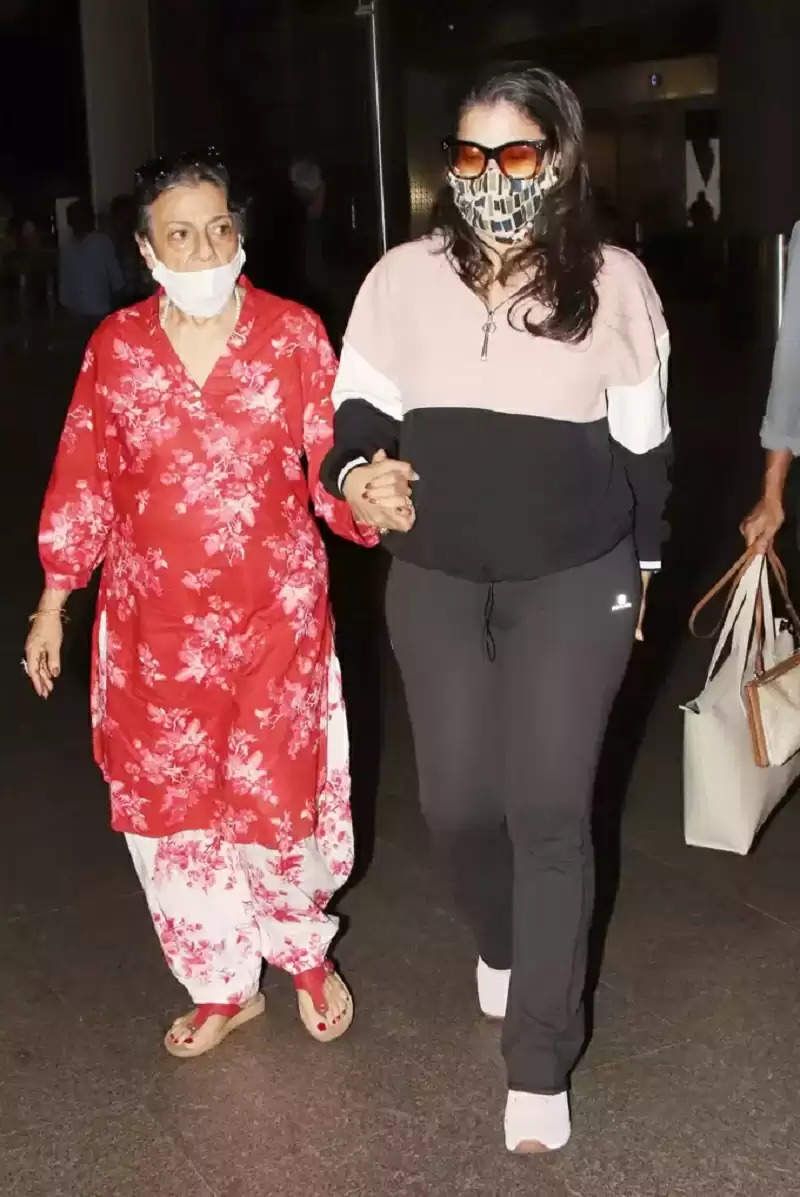 Both Tanuja and Kajol wore normal-looking footwear. While the veteran actress wore red T-strap slides, her daughter on the other hand was wearing white sneakers. 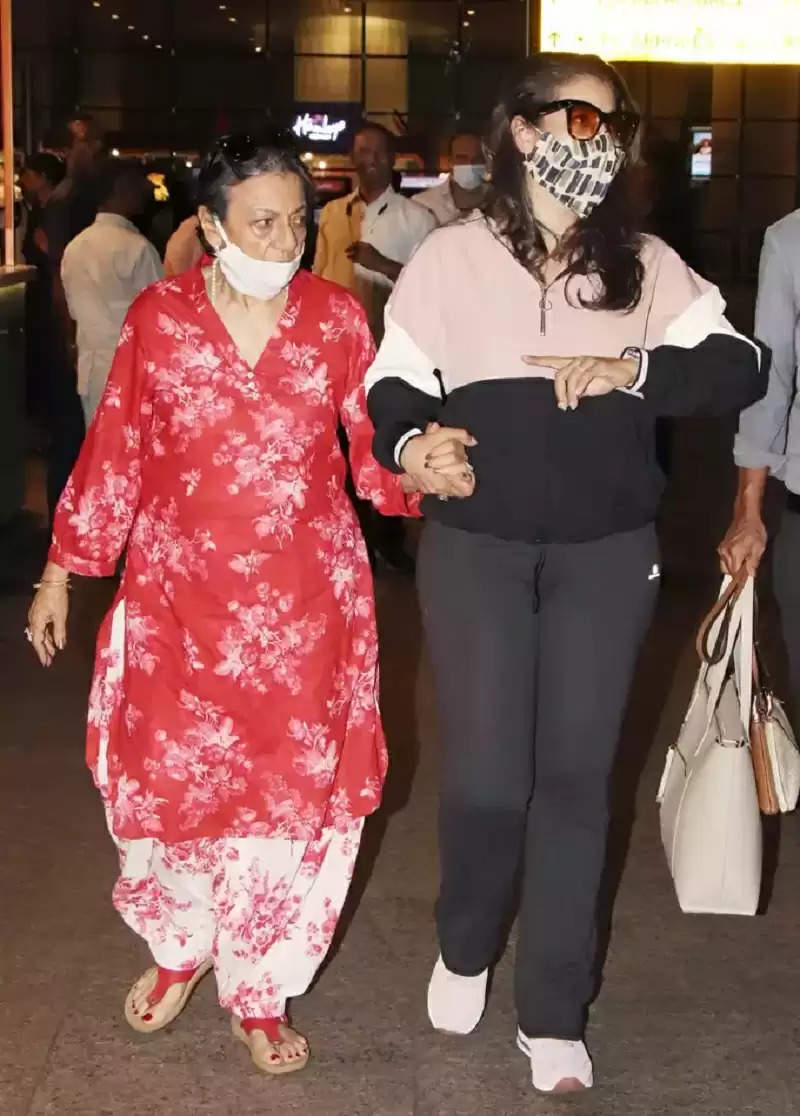 Kajol was holding her mother's hand tightly. She was seen moving forward while handling her the whole time.