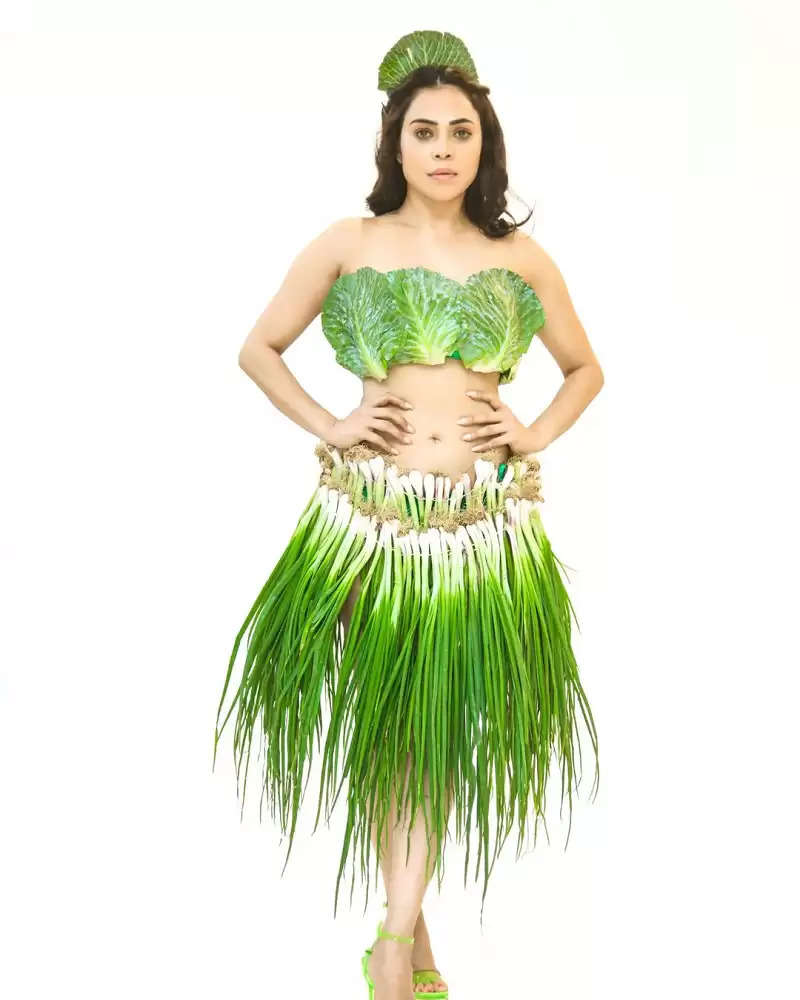 Nikita Rawal is seen wrapping green vegetable leaves like a dress around her body. 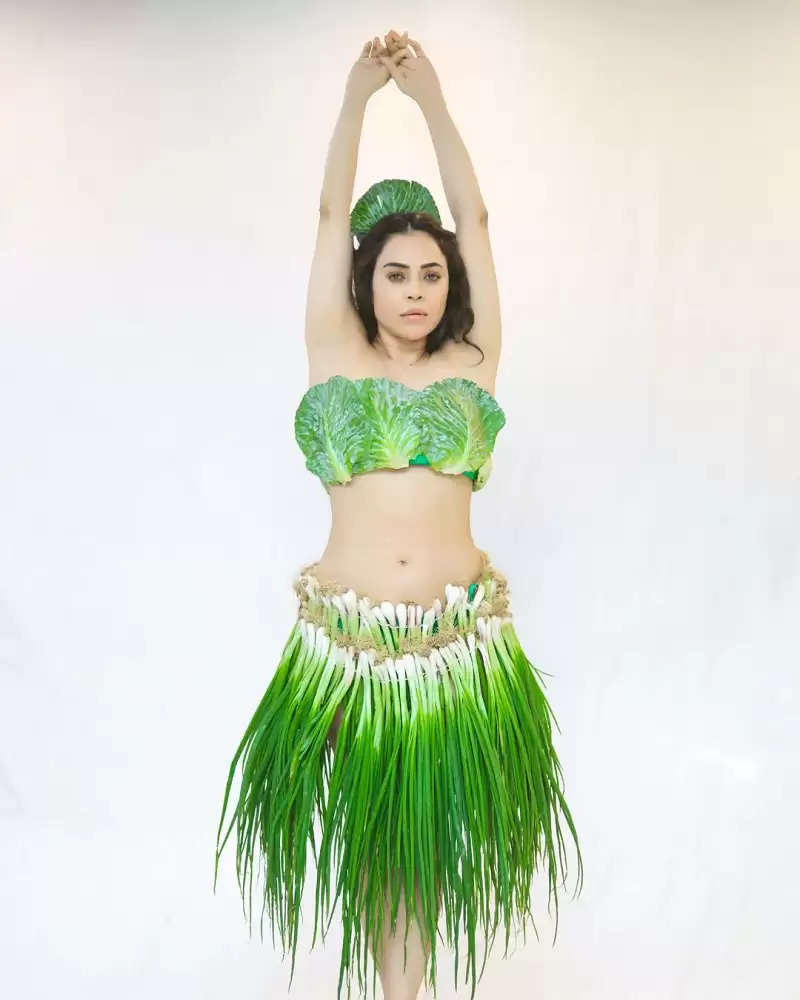 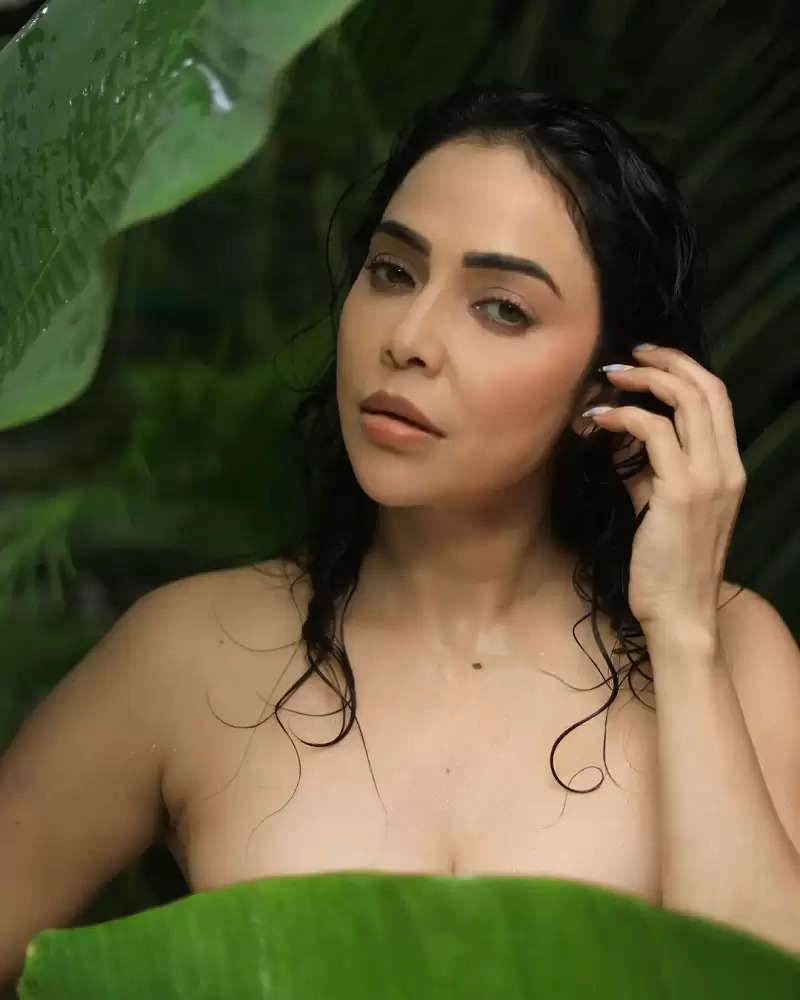 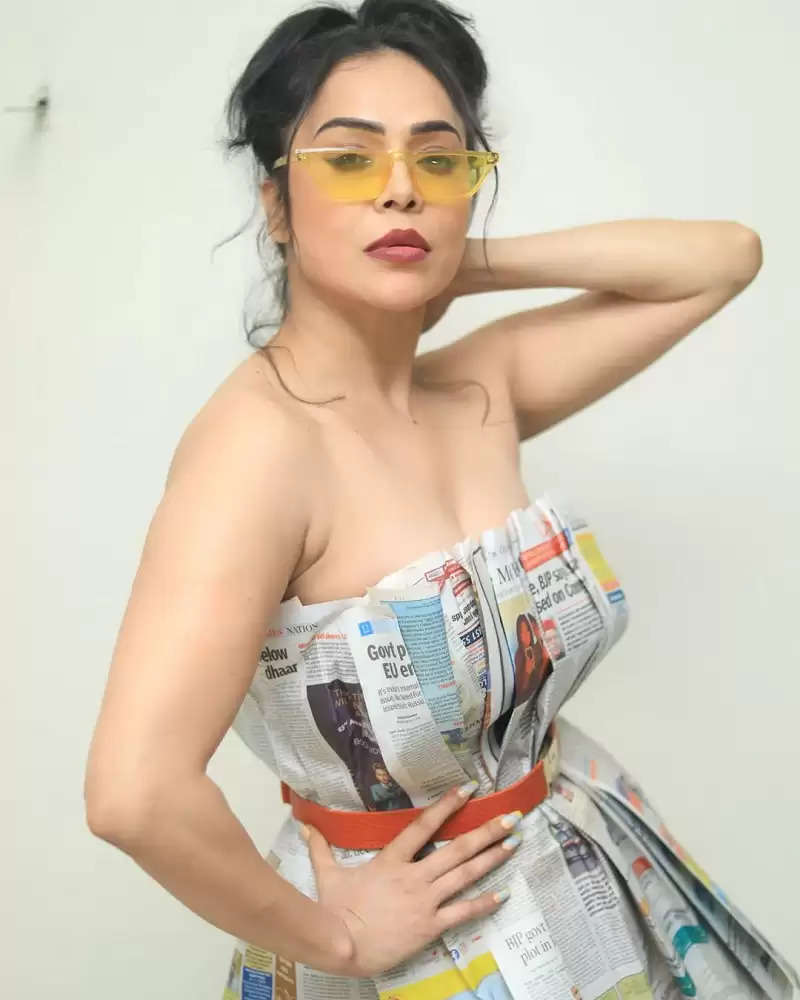 Even though actress Nikita Rawal has appeared less in films. But, her pictures definitely increase the heartbeat of the fans. 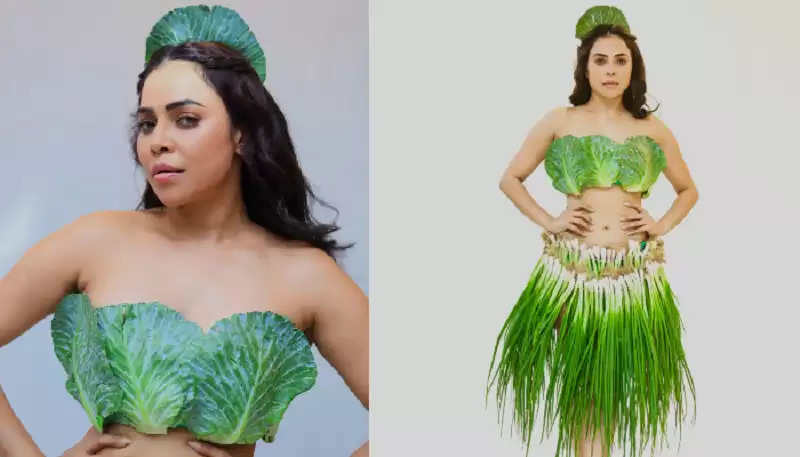 Fans are getting desperate seeing the pictures of Nikita Rawal. Whereas, the actress is flaunting her curvy figure in this outfit.