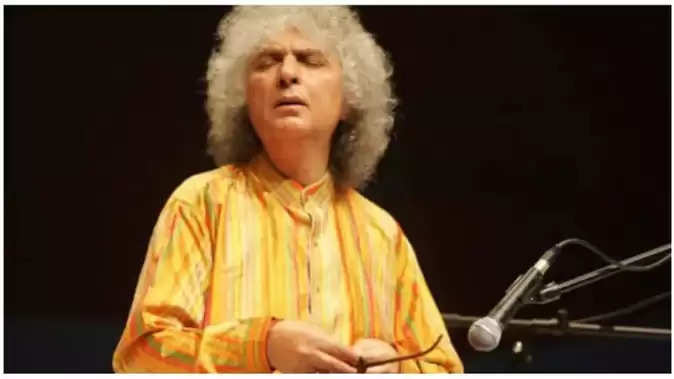 Indian musician and santoor player Pandit Shivkumar Sharma passed away due to cardiac arrest in Mumbai. He was 84 years old. He was suffering from kidney related problems for the last six months and was on dialysis. According to the information given by Dinesh, secretary of Pt. Shiv Kumar Sharma, Pt. Shiv Kumar Sharma died around 8.30 am today. At the same time, his last rites will be held at his residence Rajiv Aaps, Zig Zag Road, Pali Hill, Bandra. However, the timing of the funeral has not been announced yet. Let us tell you that Pandit Shiv Kumar Sharma had an important contribution in the world of cinema. The duo of Shiv Kumar Sharma and Hari Prasad Chaurasia, popularly known as 'Shiv-Hari' in Bollywood, gave music to many superhit songs. The most famous of these was 'Mere Haathon Mein Nau Nau Chudiyan' from the film 'Chandni' which was picturized on the late actress Sridevi.

Vishal Dadlani expressed grief
Expressing grief, Vishal Dadlani wrote, another big loss to the music world. Pandit Shiv Kumar Sharma is irreplaceable. His playing redefined Indian music as well as the santoor. His film songs with Pt Hariprasad Chaurasia ji. May God give strength to his family, fans and students.

Prime Minister paid tribute
Paying tribute to Pandit Shivkumar Sharma, Prime Minister Narendra Modi wrote, "The demise of Pandit Shivkumar Sharma ji will have a profound impact on our cultural world. He popularized the santoor globally. His music will continue to enchant generations to come. I remember very well my conversation with him. Condolences to his family and fans. Peace.