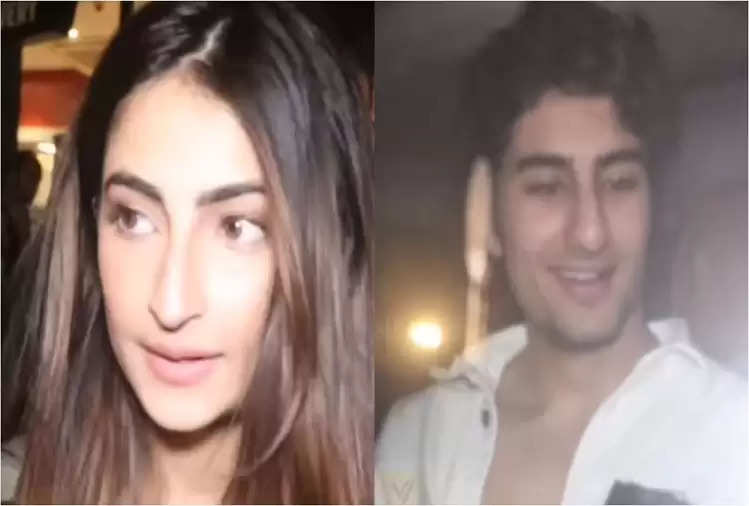 Recently, star kids Palak Tiwari and Ibrahim Ali Khan were once again seen in Mumbai after partying together. In January, Shweta Tiwari's daughter and Saif Ali Khan's son were spotted together after dinner and there have been rumors of them being in a relationship since then.

But this time just clicking on both of them did not get everyone's attention. In a video shared by celebrity paparazzi Viral Bhayani on Instagram, Palak and Ibrahim are seen ignoring beggars and not paying them money. Soon, netizens started trolling her in the comment section.

One Instagram user called Ibrahim's behavior rude and wrote, "Why didn't he give him money yaar you should have given him soething. It was very rude.", while another commented, "Can't feed a hungry person what's the use of such money". In another comment, the user wrote, "Don't know why people are fans of these celebrities...they are so rich but didn't pay 10 rupees."

At the same time, there were some people who came out in support of him. A netizen asked others to stop judging them and wrote, "Friends in this digital world, sometimes people don't keep the cash. I also don't keep cash whenever I go out. Please don't judge them. " Another commented, "To all those who are accusing him of not giving money to the poor lady! Guys, do you give money to everyone? Look at yourself first then blame others!"

Meanwhile, on the work front, Palak will be seen making her Bollywood debut with the horror-thriller Rosy: The Kesar Chapter opposite Vivek Oberoi. While Ibrahim is currently in Karan Johar's next directorial venture Rocky Aur Rani Ki Love Story starring Alia Bhatt and Ranveer Singh in the lead roles.