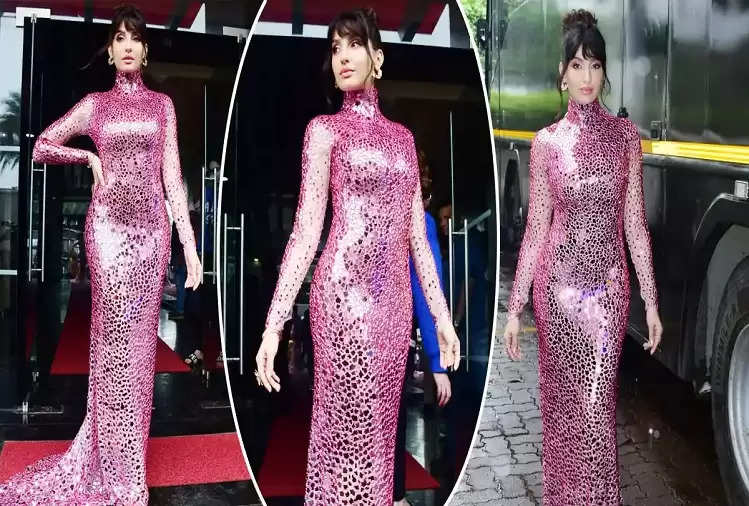 Nora Fatehi recorded yet another episode of Jhalak Dikhhla Jaa and made her way into the hearts of the audience. She wore a dazzling mirror gown and looked stunning in her statement look. 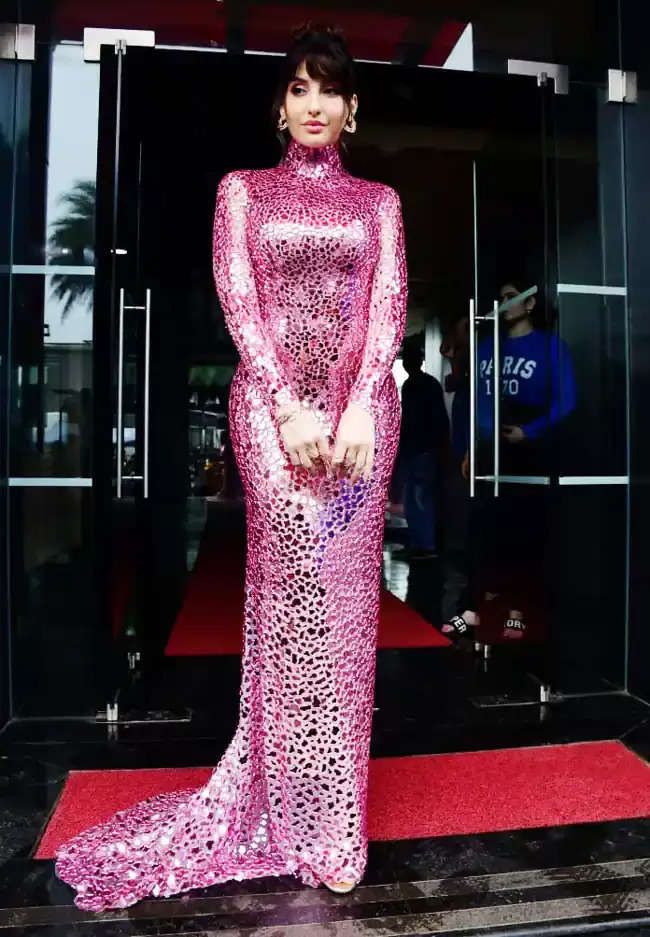 Nora Fatehi is one of the judges of the show and this is her second season as a judge along with Madhuri Dixit and Karan Johar. As she shot for the new episode on Tuesday, she stunned the audience with her stunning look.

Nora Fatehi stayed true to her style and opted for another figure-hugging gown. Her bodycon gown featured high-neck and full sleeve detailing and it accentuated her curves. 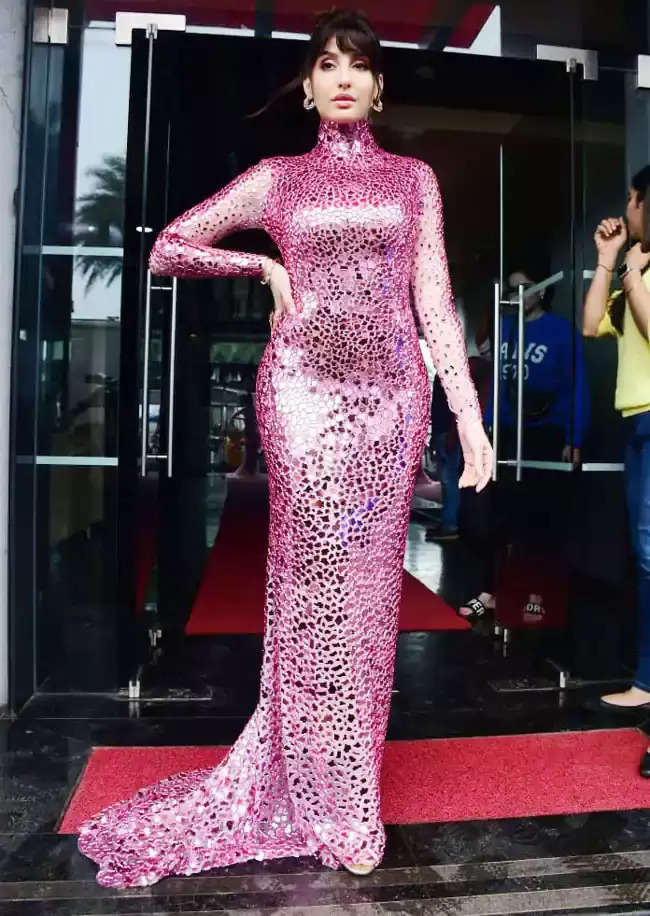 Nora Fatehi kept her style very simple so that that gown could bring everyone into the limelight. The hot actress tied her hair up in an updo and wore a pair of medium-sized hoops.

Nora Fatehi brought some Hollywood glam this time on the sets of Jhalak Dikhhla Jaa. This isn't the first time an actor has flaunted Atelier Zuhra's mirror gown. 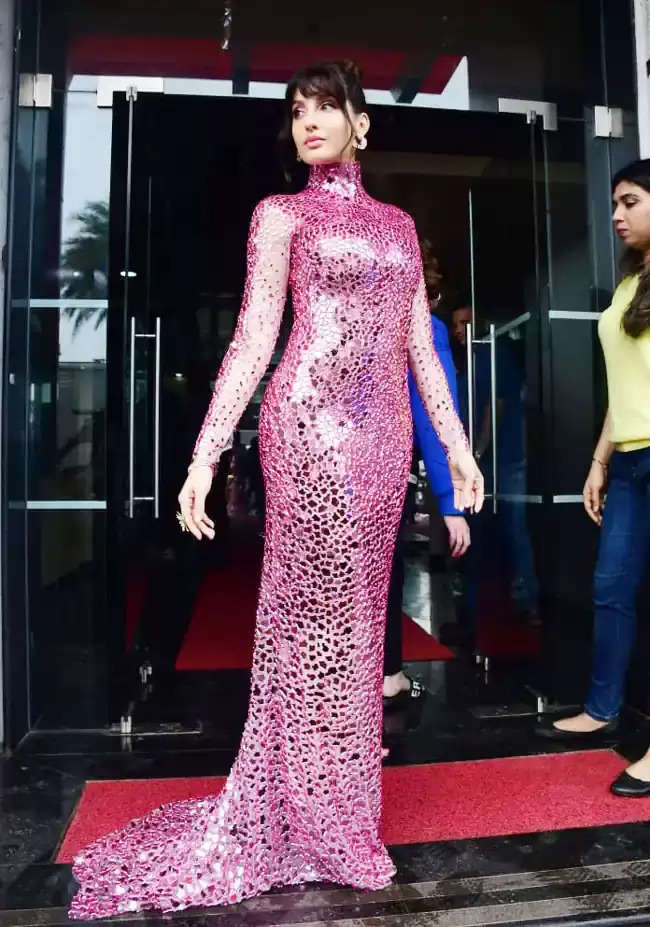