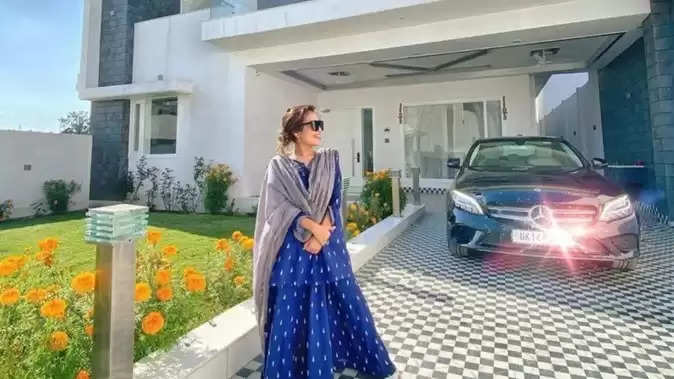 The magic of South film industry superstar Allu Arjan and actress Rashmika Mandanna's film 'Pushpa: The Rise' has cast a spell on the audience. Samantha Ruth Prabhu has done an item number in this film, which is titled 'Ohh Antava'. This song has rocked the internet. Till now lakhs of reels have been made on the song, which are becoming viral on social media. The special thing is that many celebs have also made a reel on this song of Samantha, in which singer Neha Kakkar's name has also been added. Neha Kakkar has shared a video on social media, in which she is seen doing a hot dance on Samantha's song at a special place. 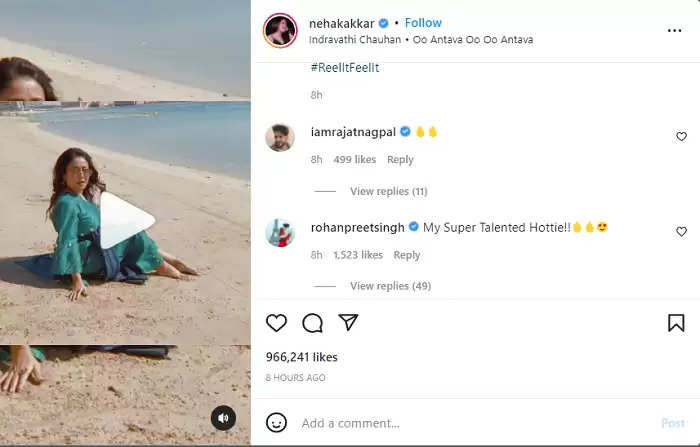 Neha Kakkar has shared her dance video on her official Instagram. In this video, Neha Kakkar can be seen dancing to the song 'ohh antava' from 'Pushpa'. The special thing about this video is that Neha Kakkar is seen dancing in a hot style under the blue sky and on the beach. During this, Neha is sitting on the sand and dancing exactly like Samantha, in which she looks very beautiful. Talking about the look, Neha is wearing a blue color outfit and is also wearing goggles on her eyes. 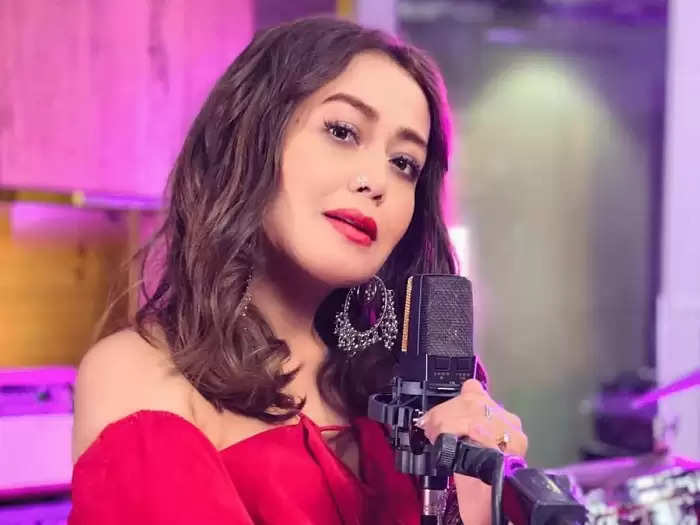 This video of Neha Kakkar has been liked by her husband Rohanpreet Singh and for this reason she has praised the singer by commenting on the video. Rohanpreet has written, 'My super talented hottie.' Apart from this, many fans have also commented on this video of Neha Kakkar, calling her a dancing queen. This video of Neha has got more than 9 lakh views in just a few hours and this figure is increasing continuously. Neha Kakkar came into the limelight a few days back due to her pregnancy. However, Singer himself came forward and told the news of his pregnancy to be false. During this, Neha Kakkar shared a video, which became very viral.