Met Gala 2022: Emma Chamberlain spotted wearing a necklace from the Maharaja of Patiala! Seeing the pictures, users heard the truth 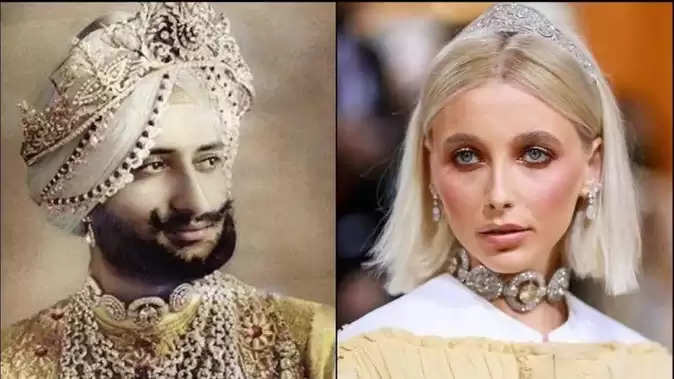 Met Gala remains in the news every year due to the fashion sense of celebs. Kim Kardashian got the most buzz at the Met Gala event of 2022, her transformation surprised everyone present there. But in the midst of all this, popular internet sensation Emma Chamberlain also grabbed everyone's attention with her looks at the Met Gala 2022. Emma arrived at the Met Gala wearing a historic neckpiece, which has now come into the limelight. Emma was seen in a Louis Vuitton outfit at the Met Gala 2022. Emma looked pretty in a full sleeve crop top and white skirt. With this, he wore a beautiful neckpiece around his neck. It is claimed that the neckpiece that Emma wore was the noble chokerpiece of Maharaja Patiala Bhupinder Singh. For this reason, now more noble chokerpieces are being discussed on social media than Emma's looks. Many people are telling him the truth too. 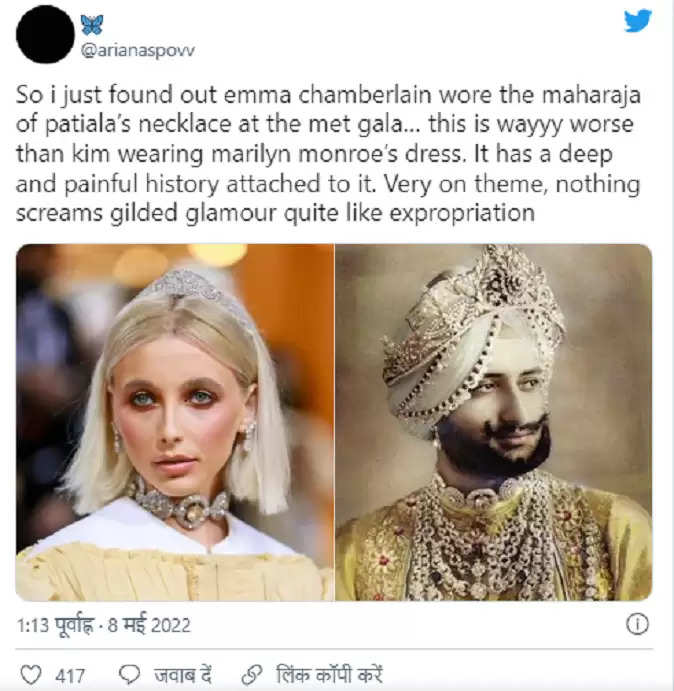 After the pictures of Emma surfaced on social media, now people are telling her the truth. Some say that the neckpiece that Emma is wearing has been stolen from India. One user wrote, ' #Thanks Cartie. These are the jewels of the Maharaja of Patiala. This is a stolen jewel in Indian history, not a fancy piece given to celebs. Outrageous on many levels. Another user wrote, 'When stolen goods are flaunted on the global stage.' 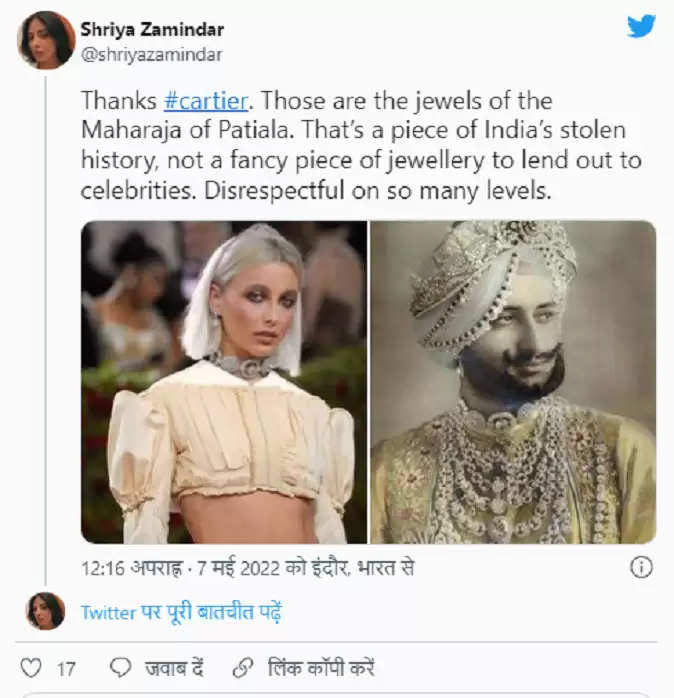 Learn the history of the neckpiece
The Maharaja of Patiala had De Beamers, the seventh largest diamond in the world, which was placed in the middle of his necklace. He bought it from the famous company Cartier. It is claimed that the Maharaja had given the company the task of making necklaces in 1928. The necklace suddenly disappeared after the Maharaja's son Yadwinder Singh wore it in 1948. The necklace was recovered 50 years later by Cartier representative Eric Nussbaum in London. At that time, the necklace did not have De Beers stones and Burmese rubies. So Cartier planned to reassemble this neckpiece without the de Beamers and other original stones.