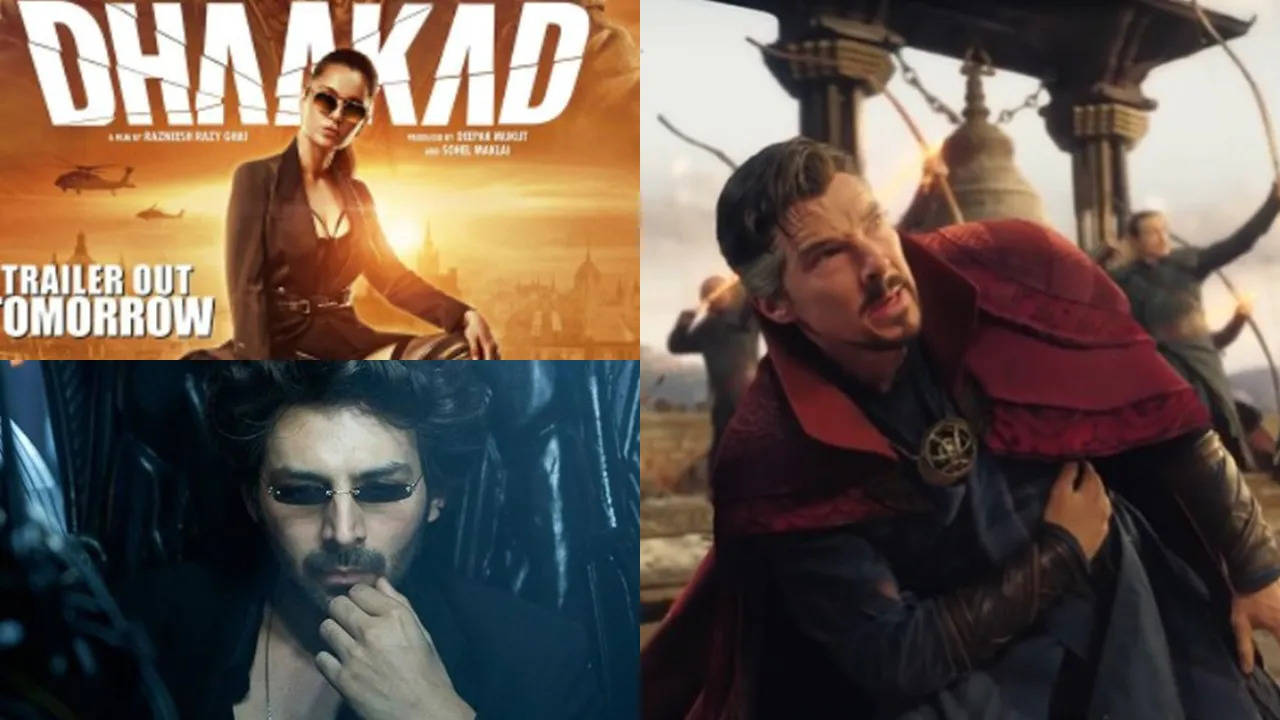 Which movies and web series will be released in the month of May, know

We are going to tell you about when these movies are to be released, and where they can be seen. So don’t worry, what are the big movies and series coming out this whole month (Movies and Web Series On May 2022), know here, which you will be able to easily schedule for yourself.

Many movies are released throughout the year. At the same time, from Bollywood to Hollywood, all the films and web series are now coming for the audience. In the month of May, more than one movies and web series (Web Series) are to be released. In such a situation, everything from theaters to home will be ‘house full’. In May, Kartik Aaryan, Tabu, and Kiara Advani’s film ‘Bhool Bhulaiya 2’ (Bhool Bhulaiyaa 2While the audience is eagerly waiting for Anil Kapoor’s Thar, the light comedy Home Shanti, Modern Love Mumbai apart from Hollywood’s Dr Strange (Doctor Strange in the Multiverse of Madness) are absolutely ready for release. We are going to tell you about when these movies are to be released, and where they can be seen. So don’t worry, what are the big movies and series coming out this month, know here, which you will be able to easily schedule for yourself.

Starting on May 6, Anil Kapoor and Harshvardhan’s ‘Thar’ has been released. This full-to-action web series can be enjoyed by watching online. This series has been released on the OTT platform Netflix. Apart from Anil and Harshvardhan, the series also stars ‘Dangal’ fame actress Fatima Sana Shaikh. Fans were eagerly waiting to see this trio together. Apart from this, Manoj Pahwa and Supriya Pathak’s web series ‘Home Shanti’ has also released on May 6. You will be able to watch this series on Disney Plus Hotstar OTT platform. So at the same time, a special offer of ‘Doctor Strange in the Multiverse of Madness’ movie Marvel Studios has also been released.

Naseeruddin Shah’s web series ‘Modern Love Mumbai’ will be released on May 13. This series can be enjoyed on the OTT platform Amazon Prime Video. Apart from Naseeruddin Shah, Arshad Warsi, Chitrangada Singh, and Prateek Gandhi are also in important roles in the series.

These days Kartik Aaryan is in a lot of discussion about his upcoming film ‘Bhool Bhulaiyaa 2’. For the first time, Karthik and Kiara Advani are going to be seen together in this film. Directed by Anees Bazmee, this film can be seen in theaters on 20 May. So don’t think that it is going to come on OTT right now. To see this film, you will have to head to theaters on May 20.

Apart from this, Kangana Ranaut’s film Dhakad is also coming. There is going to be a clash between Kangana’s film ‘Dhaakad’ and Karthik’s Maze 2. Because both will release on the same day, that too in theatres. In such a situation, this match is going to be very interesting.