Major Trailer: The team of "Major" showed the trailer of the film to Defense Minister Rajnath Singh in Delhi, this was the reaction 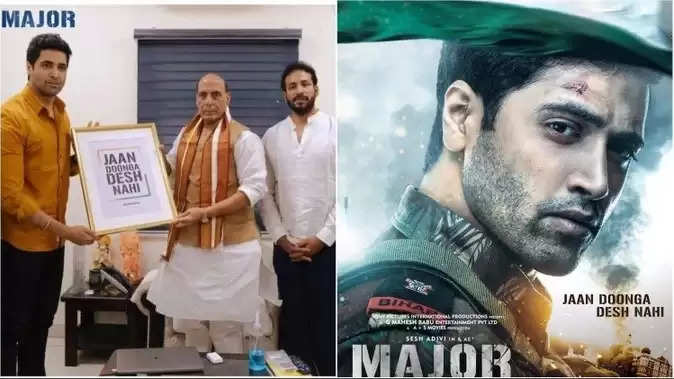 The upcoming film Major is one of the much awaited films of this year. The film is a very passionate and loving story of love and sacrifice for the country based on the life of Major Sandeep Unnikrishnan, who was martyred while rescuing dozens of people during the 26/11 attacks. In such a situation, as the release date of the film based on his life is approaching, so is the interest of the audience in it. Meanwhile, recently the makers of the film also got a chance to have a special meeting with the Defense Minister of the country, Shri Rajnath Singh. 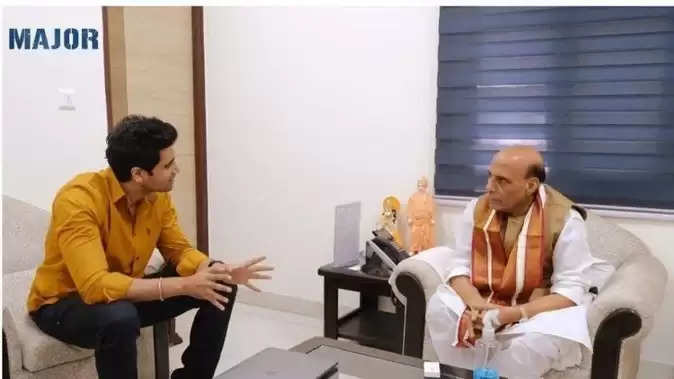 The film's actor Adivi Shesh and director Shashi Kiran Tikka met the Defense Minister in Delhi. During this, the team showed the trailer of the film to the Union Minister and also discussed the story of the National Hero. Adivi Shesh plays the lead role of Major Sandeep in the film. Rajnath Singh beautifully lifted the curtain from the slogan of the film. The slogan of the film, 'Jaan Dunga Desh Nahi' in tricolor font was very prominently displayed on a white canvas. Major Sandeep, who settled these words in his life, spent his whole life with the help of these words. The film's slogan evokes the spirit of the film, the spirit with which he viewed the world. For him the country always came first. 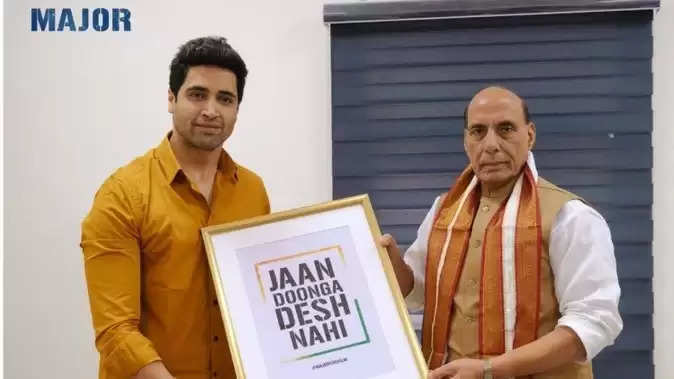 During the meeting, the Defense Minister appreciated the team for their efforts. Rajnath Singh ji congratulated directors Shashi Kiran Tikka and Adivi Shesh for presenting the story of a brave hero of India. The makers will soon organize a special screening for the Defense Minister and his family. Based on the life of Sandeep Unnikrishnan, Major will see different phases of the life of this brave soldier of the country, in which the glimpse of his dedication, courage, sacrifice, love and spirit of life has been captured very beautifully. The film is directed by Shashi Kiran Tikka. Stars like Shobhita Dhulipala, Sai Manjrekar, Prakash Raj, Revathi and Murli Sharma are going to be seen along with Adivi Shesh in the film. The audience will be able to watch this film in Hindi, Telugu and Malayalam, releasing on June 3, 2022.