Mahesh Babu: Announcement of Mahesh Babu, 'Whoever wants to see in Hindi dub it, I will make films only in Telugu' 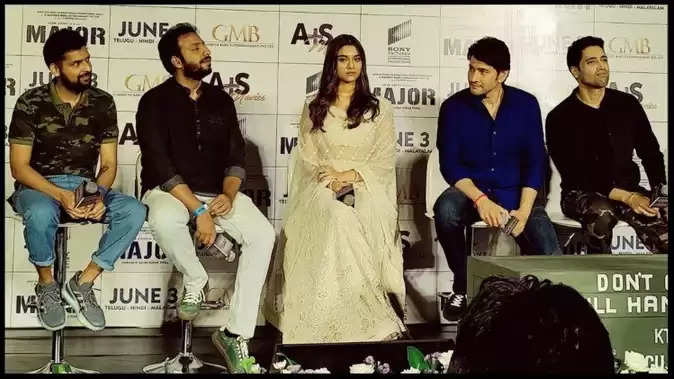 Mahesh Babu's Theatre. Mahesh Babu's production company. Mahesh Babu's fans and Mahesh Babu's first Hindi film 'Major' as a producer. Telugu actor Mahesh Babu was seen everywhere at the trailer launch of actor Adivi Shesha's Hindi and Telugu film 'Major' in Hyderabad. Mahesh Babu also thoroughly enjoyed it. He spoke either in Telugu or in English throughout the ceremony and in the subsequent press conferences. Not a single word of Hindi came out of his mouth. When asked that he has made a film as a producer for Hindi speaking audience, now when will he make the first Hindi film as an actor, the answer came in Telugu that he will do films in Telugu only, if Hindi people want to watch it by dubbing it. In response to another question, he even said that the makers of Hindi cinema do not have the ability to get them to work. Significantly, after becoming a hit in Telugu, Vijay Devarakonda has completed his first Hindi film. There have also been reports of actor Ram Charan doing a Hindi film with Sanjay Leela Bhansali. 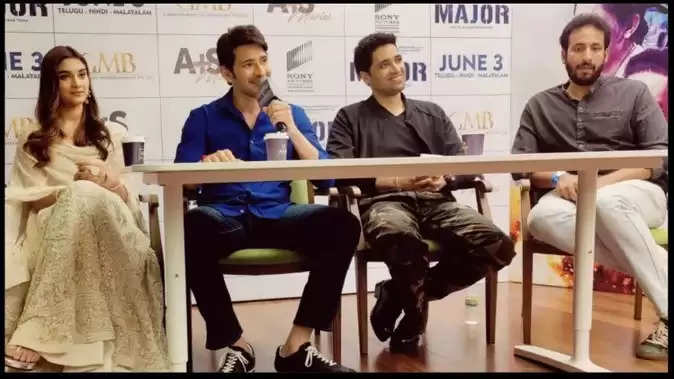 Mahesh Babu is the real beauty
Mahesh Babu's trailer launch of his film production company's film 'Major' took place in Hyderabad at his own multiplex. Apart from Hyderabad, journalists were called from Bangalore, Mumbai and Delhi and other cities to see his performance. As is the tradition of Hyderabad, their fans are invited to the events of the stars here. They scream, shout and try to show that there is no other star like their favorite star. The same thing happened at the trailer release of the film 'Major'. Adivi Shesh narrated stories from playing the role of martyr Sandeep Unnikrishnan in the film to taking the permission of Sandeep's parents to make this film. Sai Manjrekar called it an important opportunity for himself. The producer director of the film also praised the film. But, Mahesh Babu was the real beauty of this evening.

Mahesh Babu did not speak a word of Hindi
Mahesh Babu first spoke to local journalists in the theatre. Then a separate question and answer session was held for the 'Hindi' journalists who came from Mumbai, Delhi, but their fans also entered there and kept making noise. Surprisingly, even in this press conference kept separately for Hindi journalists, Mahesh Babu did not speak a word of Hindi. He was repeatedly asked questions about Hindi cinema. He kept on calling Salman Khan a friend of his wife Namrata Shirodkar and said that he got Salman to release the Hindi trailer of 'Major'. Later the name of Adivi Shesha was also added to it. Salman Khan had once strengthened his second innings with 'Wanted', the Hindi remake of Mahesh Babu's film 'Pokkiri'. 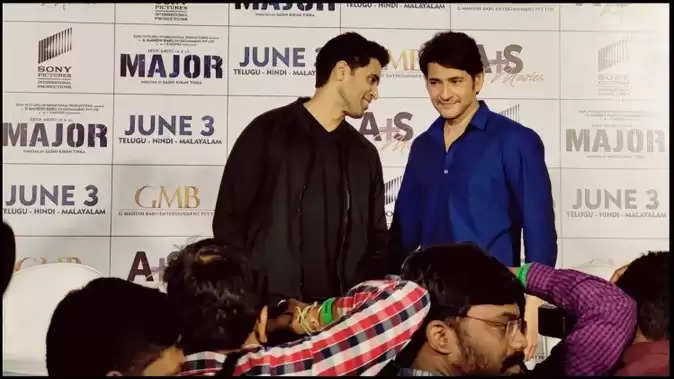 No restriction on any artist
Recently there were reports about Mahesh Babu that he has refused to cast any Hindi film heroine in his proposed next film with SS Rajamouli. When asked about this, he says, 'There is no restriction for anyone in Telugu cinema. Whoever wants to come, come and work. Our doors are open for everyone. But he will not do a Hindi film, that is his firm decision. Mahesh Babu says, 'I will only do Telugu cinema. Dubbed it in Hindi and release it. I have been saying for the last 10 years that Telugu cinema should be released across the country. And now my words are proving to be true. People told that he likes Telugu cinema all over the country.